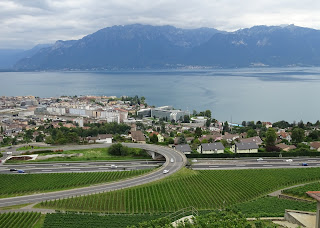 Need to give you the backstory. Situated along Lake Geneva, Vevey is a very prosperous city and much of that can be attributed to having Nestle, the world's largest food company, headquartered on its lakefront. In the picture above the I-shaped building on the waterfront is Nestle's head office. In the forefront of the photo you notice the land rises and the green you see are vineyards. I live 15 miles away in Lausanne but cycle around this area all the time. For years I've been intrigued cycling past a large property up the hill about three miles from Nestle. Well, last week newspapers ran stories about the place being for sale and there's a fascinating history.  I just happened to cycle past two days ago and saw hundreds of cars parking in makeshift lots outside the main gate and adjacent fields. Turns out it's an open house and next week an auction will be held for the furnishings. Some items recently auctioned at Christie's netted the family heirs more than a million dollars. It is estimated the upcoming auction will rake in several million more. 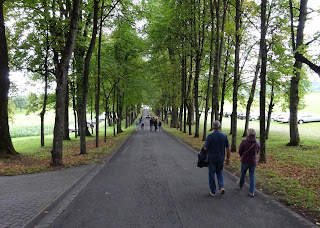 Built in 1760, Chateau D'Hauteville has been owned by the same family (11 generations) but that is about to come to end as the property is now on the market for a cool $60 million. Entering the 67 acre property you follow Avenue of the Elms to the main building. 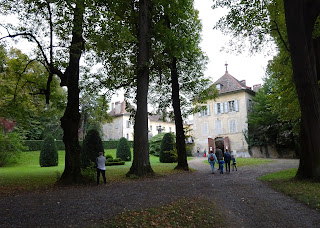 Walkway leading up to the house. 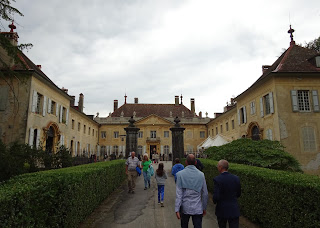 Hundreds of people are here either to bid on items or are lookie-loos like me. 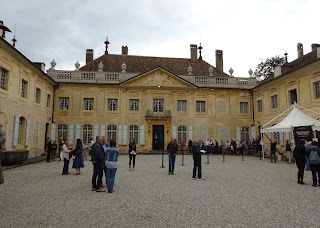 Getting inside the 30 room chateau means standing in a long line which forms on the right side. 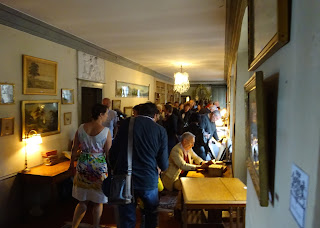 Paintings hang everywhere and over 4,000 books are on the block. 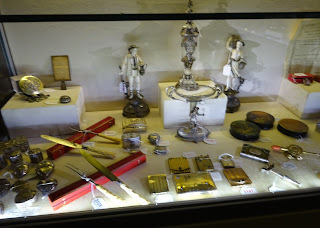 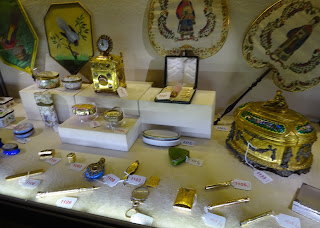 Hundreds of pieces of jewelry and tons of silverware are on display. 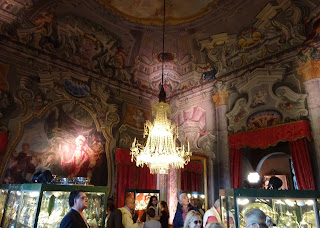 Many of the rooms contain stunning ceilings.  Would you believe there's a rare Civil War Confederate flag as well as a gold medal presented by the US Congress to General Alexander Macomb Commander of the US Army also being auctioned? Why? General Macomb's daughter, Susan married into the D'Hauteville family during the 19th century. Here's another US connection: Benjamin Franklin stayed here and even placed one of his inventions atop the building; a lightning rod--the first in Switzerland. 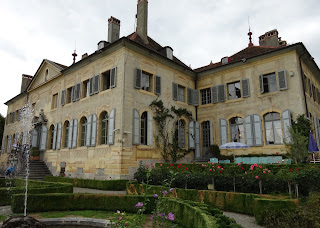 A view of the backside of the chateau. 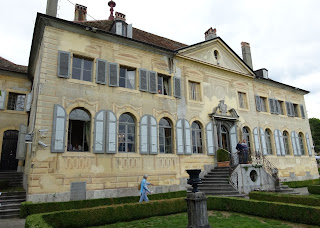 Another angle of the chateau's backside. The reason the place is swarming with visitors like me---who knows if outsiders will ever get a gander at this place again once it is sold. It's a protected property meaning someone can't buy it, tear it down and build a housing development. 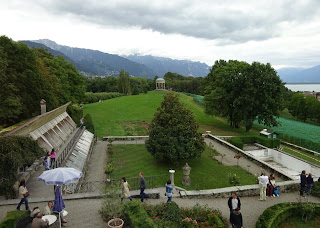 View from the second floor. The temple-shaped rotunda on the hill was built in 1814. 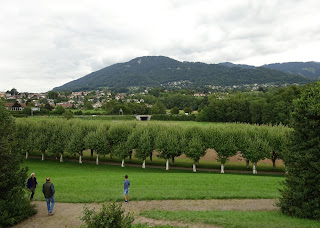 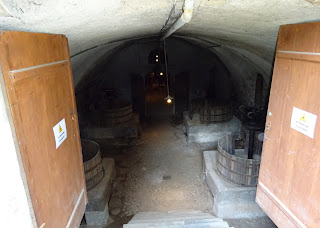 There's a massive wine cellar. Wine vineyards and cornfields cover much of the property
Posted by Paul the biker at 12:32 AM