Probably the most famous palace in the world, the Palace of Versailles created a quandry for me. Do I attempt to visit this magnificent place in the middle of summer with hordes and hordes of other like minded visitors or do I resign myself to an exterior look-see on a Monday, when the place is closed but the grounds are open? Well, if you know me it's a no-brainer. Only ten miles from Paris, I'm there when the grounds open at 9AM. It's fantastic as there's hardly anybody around! 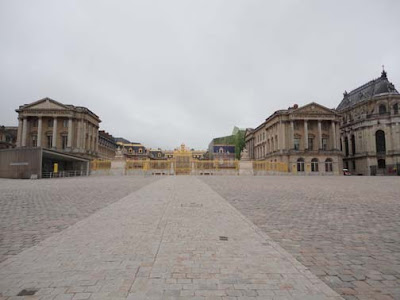 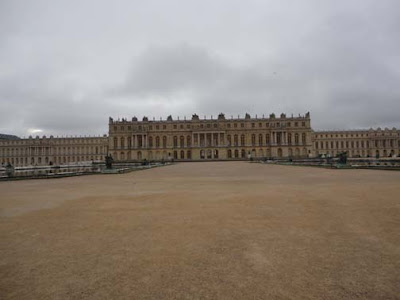 This is the backside of the building. How big is this place? Over 700 rooms and 520,000 square feet of space. By comparison, the square footage of the White House is a measly 55,000 square feet. 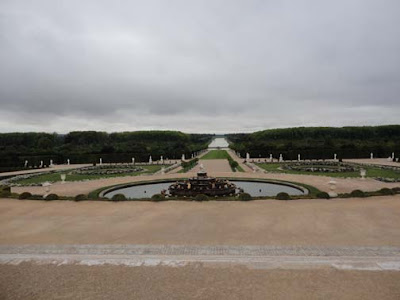 Standing on steps near backside of the palace looking out over the grounds. Originally a small hunting lodge, King Louis XIV had Versailles built starting in 1661. It required 40,000 workers, who first had to clear 37,000 acres of swampy land (an area bigger than Manhattan). Think about that. The White House sits on 18 acres. 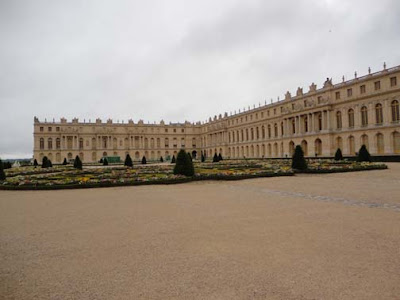 One of the palace wings. King Louis XIV moved the royal court from Paris to Versailles. This was the center of power in France for a hundred years. 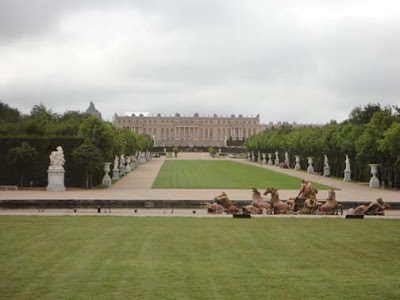 Over 1,400 fountains are scattered around the property. Versailles has bragging rights to having the largest palace grounds in Europe. 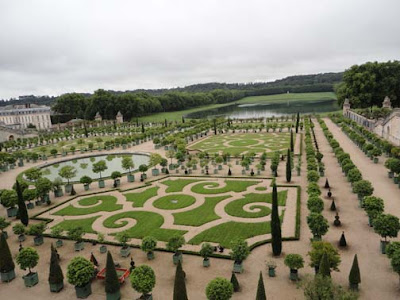 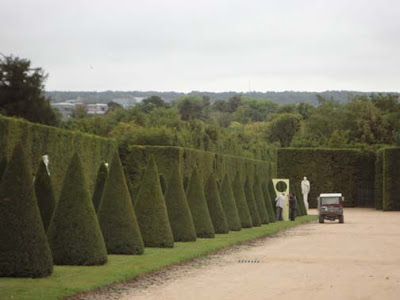 Having visited hundreds of castles and palaces I've always wondered how they trim the trees and bushes on the grounds evenly. See that board with the hole in it? They place a circular board around the base of the tree and then put that board on top with the hole in it. The board is slanted and while one guy trims the other moves the board around. But, what's the purpose of the hole in the board? The tree trimmer laughed and said he added that because when it's really windy it was difficult to hold the board and now, the guy can put his hand through to steady the board.