Filling up the sweet tooth in Paris

For years I've been filling a folder with magazine and news clippings about patisseries and chocolatiers in Paris. Someday, I said to myself, I'll go to Paris and do nothing but cycle around the city sampling its sweet wares. That someday is now.

The enjoyment of chocolate depends a lot on how your taste buds are percolating at the time. Ranking favorite places is difficult unless you sample similar treats. So, I used chocolate tarts and macarons as common denominators. Who received my most favored status and who disappoints? I started out with a list of twelve "must see" places. Paris has over 300 chocolate shops and you could easily multiply that figure times five for a guesstimate as to the number of patisseries. 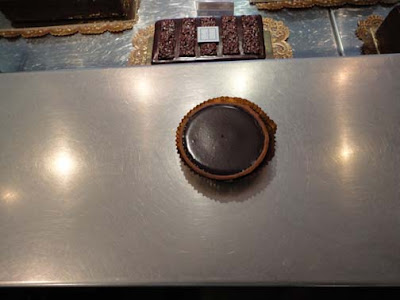 This chocolate tart from chocolatier Jean-Paul Hevin ranks as the single best treat eaten in Paris. A thin layer of luscious fudge coats the top and the rest is pure chocolate enjoyment. The excellent shell also rates a mention. So many times I've been won over by a chocolate filling only to be disappointed by a sub-standard shell that's too thick, tasteless or just plain horrible. Freshness counts and the best way to test is by going in on different days. I had four chocolate tarts on four different days at Jean-Paul Hevin and each was supremo! 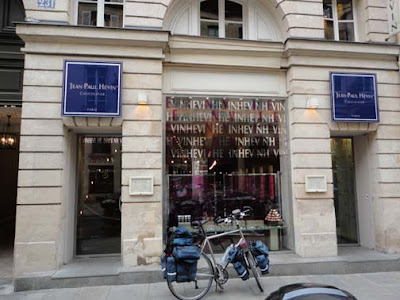 Jean-Paul Nevin wasn't one of the twelve on my "must visit" list. I was lost looking for another chocolatier and by chance stopped in front of his flagship store to look over my street map. 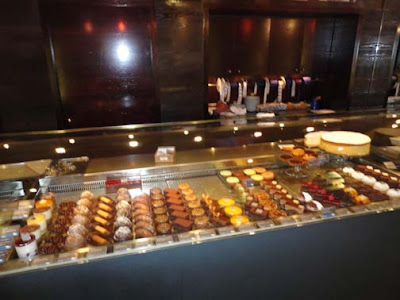 Lots of pastries to choose from. 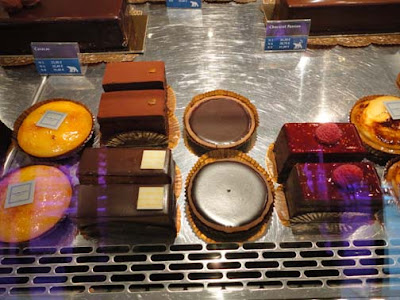 That's a pair of chocolate tarts waiting to give someone pleasure. 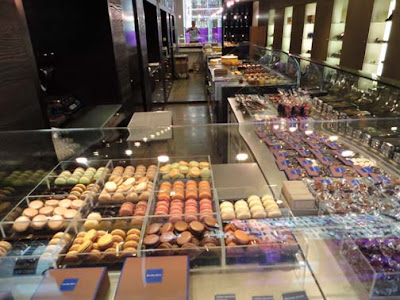 The macarons at Jean-Paul Hevin are also excellent. To the right of the macarons are caramel twists which also scored high. 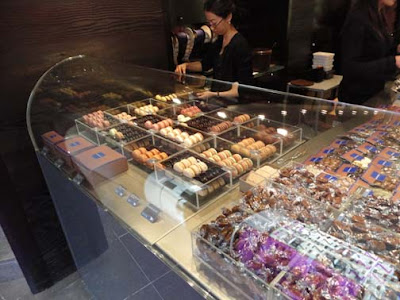 In some of the chocolatiers visited I had to deal with snobby staff. Not the case in the two Jean-Paul Hevin stores I patronized. With four shops in Paris and others in Tokyo, Hiroshima, Hong Kong and Shanghai, Jean-Paul Nevin isn't a rinky-dink operation. Website: http://www.jphevin.com/ 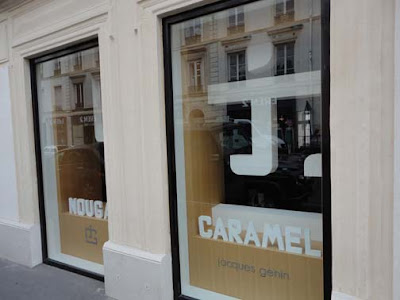 My initial visit to La Chocolaterie de Jacques Genin was for naught as the store is closed on Mondays. It sure would be nice if this famous chocolatier got with the program and put up a website--even if it only contained the barest of information such as HOURS OF OPERATION and a map of its location. 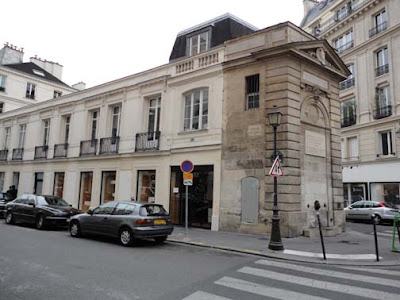 The building dates from the 17th century. The shop and cafe occupies the ground floor with the upstairs being action central for the creation of all his goodies. 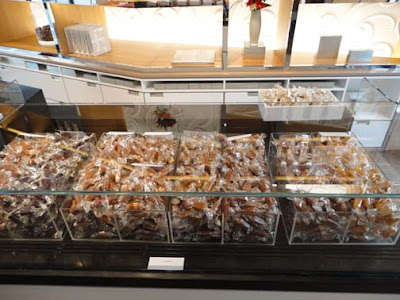 I've come to Jacque Genin specifically to taste the caramels that so many people have raved about. Wow, they are very good especially the ones with almonds pieces inside. 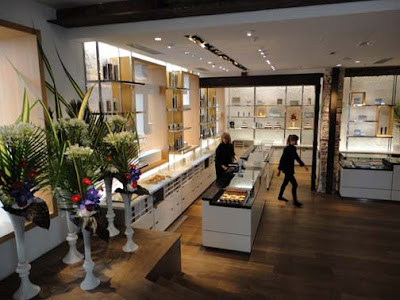 This is the sleek interior of Jacques Genin. Looking more like the sales floor of high-end boutique than a chocolate shop. 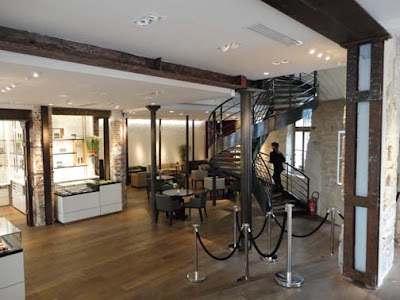 This is a stairway in Jacques Genin's store leading up to the bakery/factory. 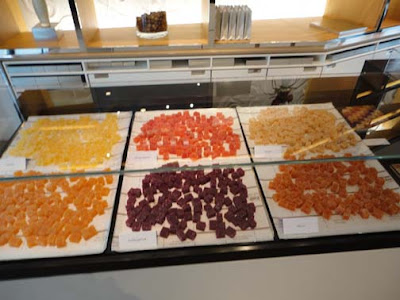 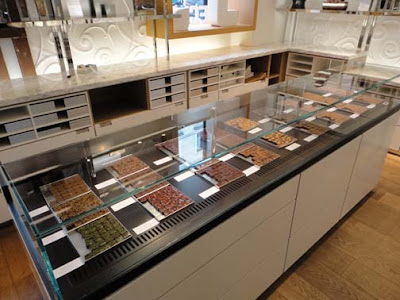 This is the chocolate counter at Jacques Genin. Didn't buy any chocolate but, the next counter over contains pastries. The chocolate tart was great and easily rates a two thumbs-up. 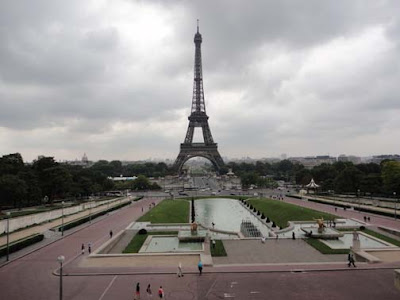 Well, I can't be in Paris and not show you some sights. The Eiffel tower is magnificent close up or far away. 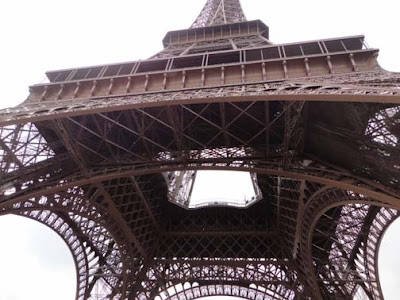 The closer you get to the Eiffel tower the more you're impressed by its scale and grandeur! 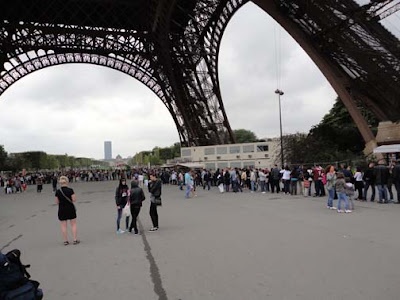 Going up the Eiffel tower requires waiting in lines for SEVERAL HOURS! The waiting lines snake for forever.