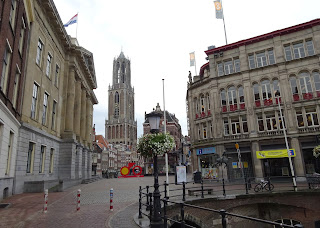 Utrecht, population 330,00, is the fourth largest city in the Netherlands. The first two stages of the 2015 Tour de France bike race were held here last week. Here's a tidbit: construction is starting near the central train station on a three-story structure (cost of almost $50 million). When finished in 2018 it will be the world's biggest bicycle parking station---with space for 12,500 bicycles! Rising 367 feet, the medieval church tower in the background lays claim to being the tallest in the Netherlands. 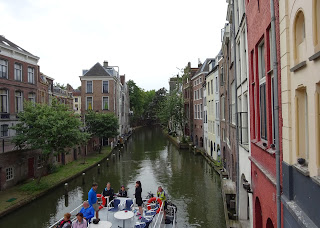 Seems like every city, town, village in the Netherlands has canals. 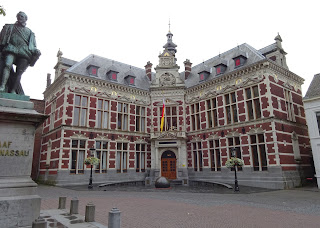 This is the former Bishop's home in the old town area. 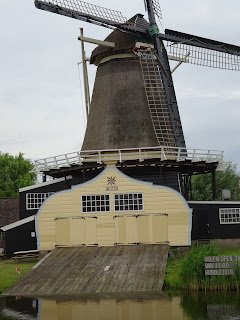 Heading out of town on the way to Gouda I cycle pass this windmill. 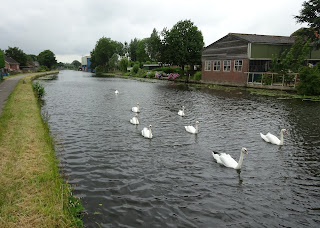 These swans are patrolling their turf. 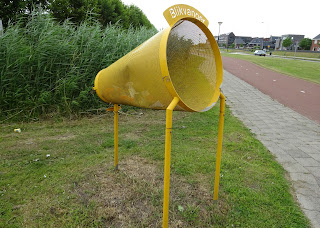 These yellow trash receptacles are different. Note the brick sidewalk and the red painted wide surface next to it---that's the two-way bike road. You can see a car in the upper right on the car roadway. Cycling is absolutely fantastic here. In America, they'll build a road and as an afterthought put in a bike lane. Here in the Netherlands, building bikeways is an integral part of the road building process. 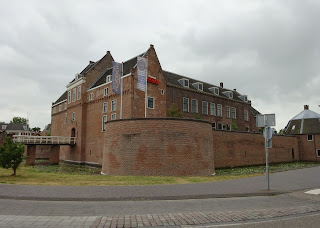 Passing through a village I thought this was a newly-built brick building. Actually, this castle with a moat around it dates back to the 1600's. 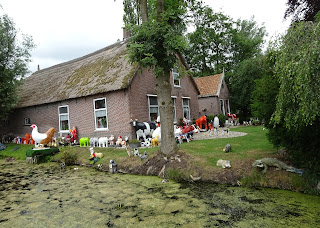 Cycled past this home and did a double take. Methinks someone has a thing for fake animals 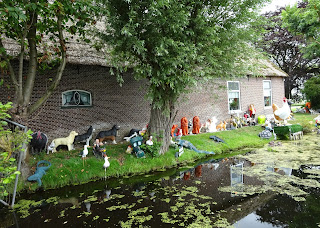 Had to snap a second shot to get more of them in. 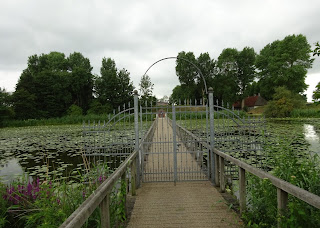 Saw a sign with the word "fort" on it so I got off the main road and came upon this locked gate. The fort dates from the 1600's and lies elevated on the other side of this body of water 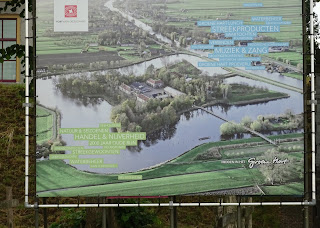 Rode around the perimeter until coming across this signage. You can see the fort surrounded by water. Why? Back in the 1600's there was a whole chain of these forts stretching across the Netherlands. To fend off an invading army the canal gates would be open--flooding the area--except for the elevated fort. Of course, the day I show up is the day the place is closed. 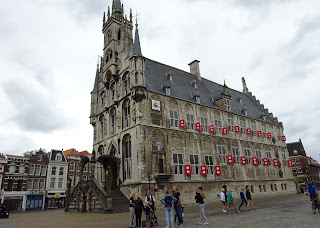 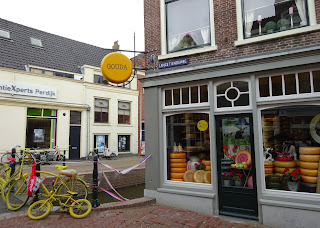 The Tour de France passed through Gouda hence, all the cheese-colored bikes around town. 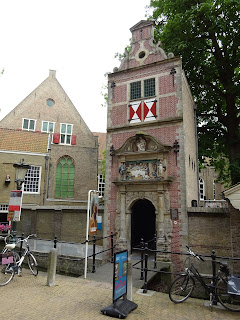 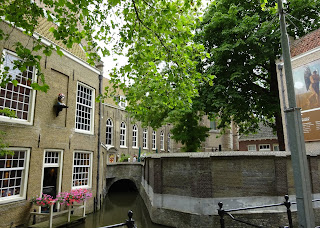 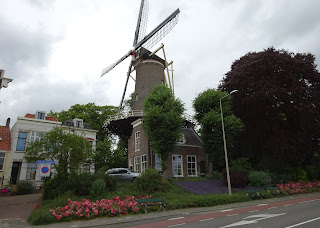 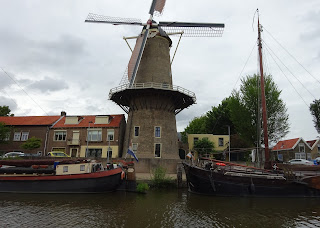 Another windmill. I thought Dutch windmills were for generating energy to power milling machines and so on. Some were but, the vast majority were used to pump water out of the area. Twenty-five percent of the Netherlands lies below sea level. So, you could find windmills lined-up over an area with each pumping the water higher for drainage.
Posted by Paul the biker at 1:20 AM