It was almost 20 years ago when I first cycled into Munich. During the week I visited companies but come the weekend played tourist. That first Saturday I started cycling toward the town of Dachau (about 15 miles) to visit Dachau concentration camp, one of the first concentration camps opened by the Nazis. It was a hot day and I was cycling along a frontage road paralleling a freeway when I happened upon what I thought was a roadside rest area. However, there was nothing but a large parking lot (no bathrooms, drinking fountains, picnic tables) and it was filled with about 30 pick-up trucks each sporting camper shells. What made me stop were the women. At the tailgate of each truck sat/stood a woman dressed in an itty-bitty bikini. At first I figured I had stumbled across a group of women on some kind of “bonding” cross-country road trip who were taking a break. However, it didn’t take long for my not-so-quick brain to figure out what was going on. I watched as several men pulled up in cars and after short conversations with several of the women disappeared into camper shells only to reappear and leave within five minutes. Whoa, I had stumbled upon a brothel---German-style! I got the camera out and starting snapping pictures. Not a good idea. About a half dozen of the women started yelling at me and looked like they were forming a posse so I jumped on the bike and high-tailed it.

Visiting Dachau concentration camp is a very solemn occasion and it’s something you’ll never ever forget. Unfortunately you won’t see the photos I took there or of the bikini-clad hookers chasing me. Why? Way back then (before the digital age) I was taking photos with a 35 mm camera and having the film developed into slides. In my storage I have several thousand slides which have yet to be sorted and scanned.

However, I do have current photos to show you. I’ll never forget leaving Dachau concentration camp and about a mile or two in the distance I could see some kind of palace or castle up on a hill. So, almost 20 years later I’m back to see what it was.

Dachau Palace was built in the 16th century as a residence for Bavarian dukes. Originally the palace was comprised of four wings but in the early 1700’s three of the wings were demolished because of the high cost of maintaining the place. So, what does the inside look like? Heck if I know because besides having to endure a day of rainy weather we showed up on a Monday—the one day of the week it’s closed. 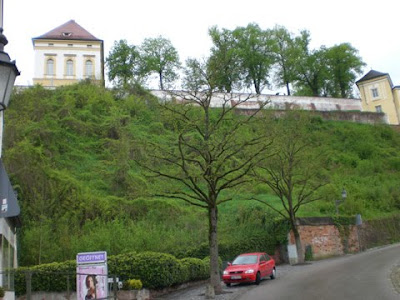 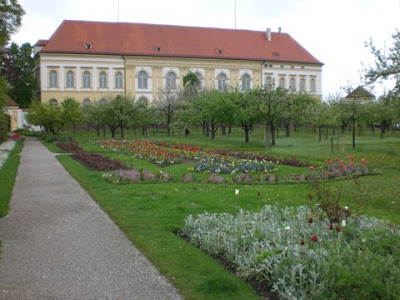 Munich ranks as one of my favorite cities in the world. Every year, for the past 13 years, Heidy and I take a trip to visit her now 90 year-old aunt near Munich. We just returned and I don’t have any photos of the usual Munich touristy places (royal palaces, churches, picturesque plazas, beer halls etc.) as I’ve taken so many of those over the years. I do however never get tired of snapping a photo of Munich’s spectacular Rathaus (city hall) building—as it looks like a gothic church. 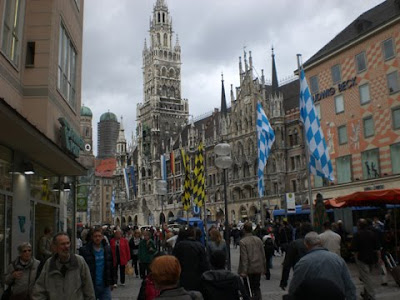 Remember the famous Michael Jackson incident shown around the world with Michael dangling his baby outside a hotel window in Munich? Well, since Jackson’s death fanatical (looney) fans have taken over a statue (of someone else!) located in a small park in front of the hotel and made a shrine. The next several photos show some of the crap left there. Wouldn’t you be furious if that statue was of a family member of yours and was high jacked for use as a shrine to someone else? I sure would. Oh, and the statue is of who? Why it’s none other than King Ludwig II, who’s responsible for spectacular Neuschwanstein Castle being built---that’s the castle Walt Disney used as a model for the life-size one at Disneyland’s entrance. 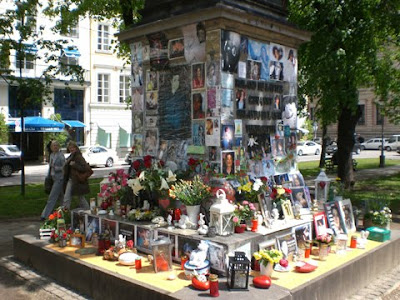 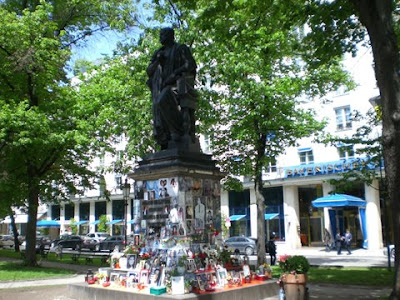 The next photo (white man statue) was snapped walking down a Munich side street and spotting it in the rear of an office/apartment building. 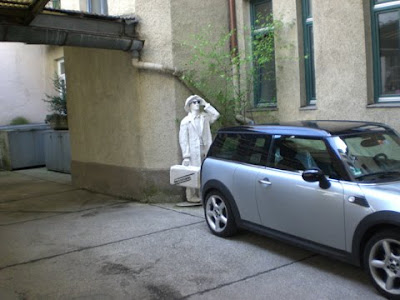 Beer gardens are everywhere as Bavarians love to sit outside and drink beer. Some beer gardens are gigantic. Going for a walk in a residential area near our hotel I came across the head office/brewery/restaurant/beer garden complex for Paulaner beer, the eighth biggest beer maker in Germany. (four photos) Their huge restaurant easily seats 400 with the beer garden looking like it could accommodate a thousand. 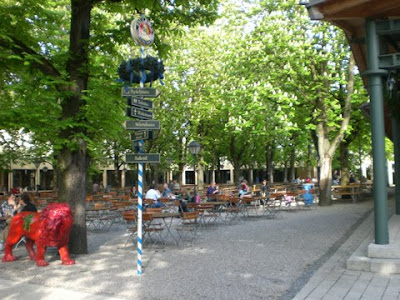 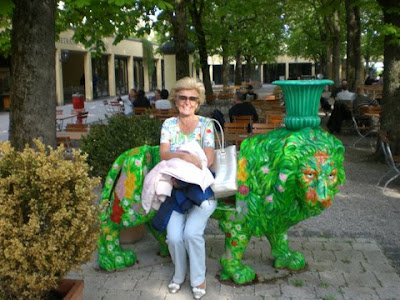 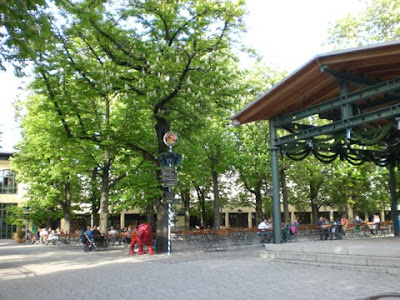 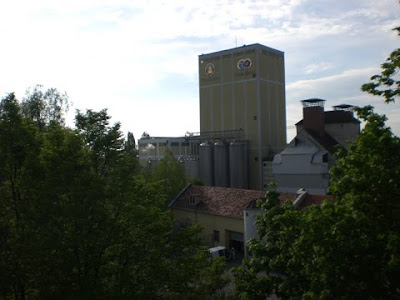 The next evening I went for a walk in a different direction and came across another large restaurant/beer garden complex (two photos). Paul 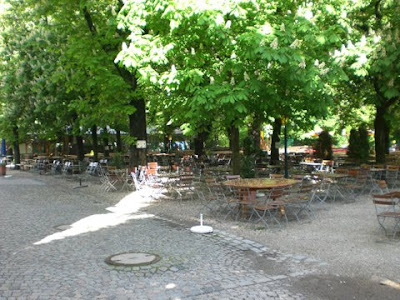 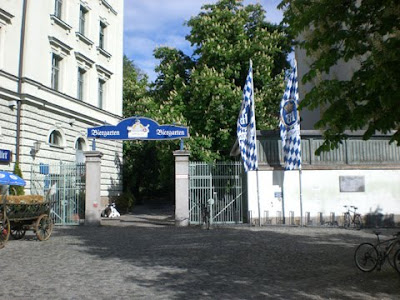