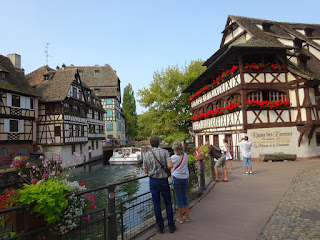 Strasbourg (population 280,00) ranks as one of my favorite cities in Europe. I've been here multiple times and my affection has to do with Strasbourg's past. Wars between Germany and France have seen ownership of this region (Alsace) ping-pong between the two. Hence, the place feels like you're in France but, at the same time there's the German influence. 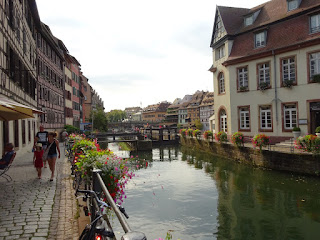 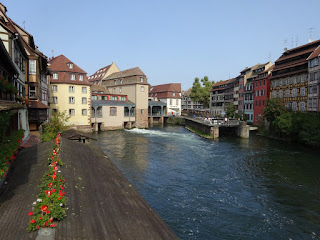 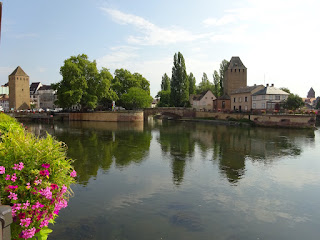 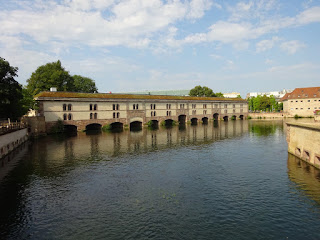 So, as you should know by now I'm a big, big fan of super-star Vauban, the famous French military engineer.  Between 1686-1690 Vauban Dam was built in Strasbourg's Old Town. This defensive work was to repel any invasion by opening up the gates and flooding the outlying area--hindering the enemy. It's still intact! Successfully being used in 1870 to thwart an attack. 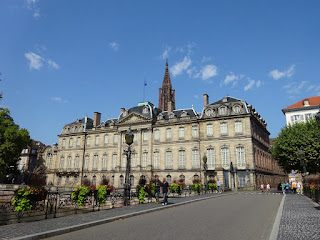 Behind this palace looms Strasbourg Cathedral (466 feet tall). Between 1647-1874 this sandstone Gothic church reigned as the world's tallest building. 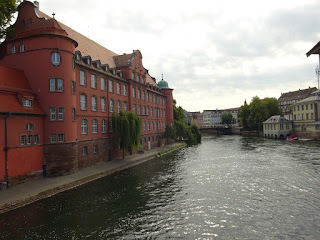 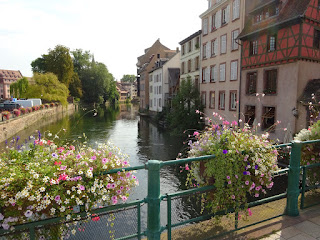 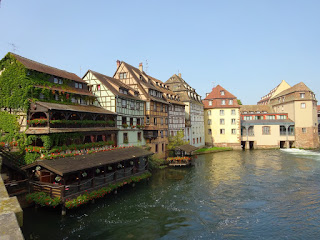 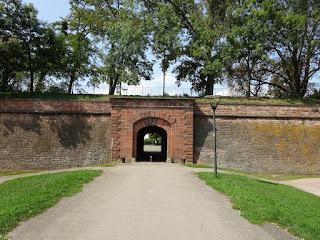 According to what I had read, Vauban's citadel (fortress) encircled Strasbourg in the 1600's AND, had been completely demolished. Turns out not to be true as I cycle past a park and come across parts of its fortifications. 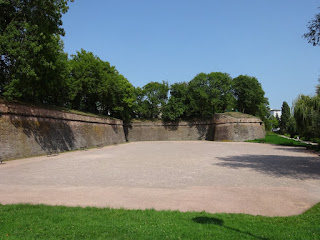 More of the citadel's walls. 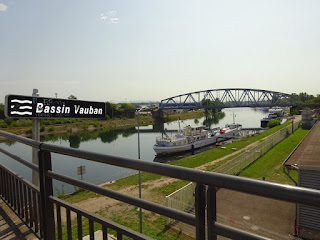 This water basin in named after Vaudan. 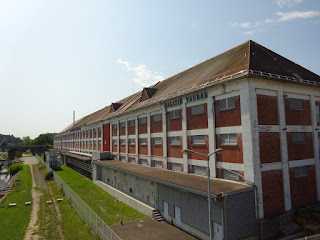 This port storage facility is also named after Vauban. 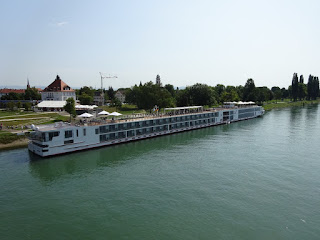 Those of you who watch PBS shows, including the British drama Downton Abbey, will remember all those Viking River Cruise ads. Here's one of their boats docked near town. 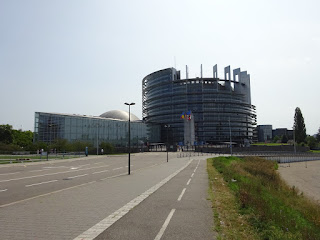 Did you know Strasbourg and NOT Brussels is the official seat of the European Parliament? What's even more bizarre is that they meet here in Strasbourg--Once a month for only four days! This is the front part of the EU Parliament building (2.4 million square feet). 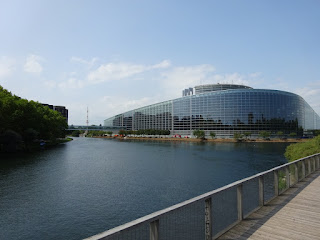 This is a rear view of the massive EU Parliament structure. 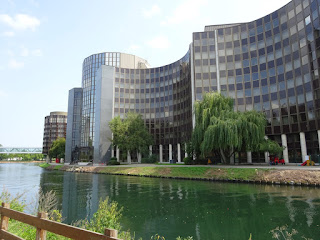 This is the old EU parliament complex located across from the new building. As you may or may not know, Brussels, Belgium is where parliament does all the work and so, once a month over 5,000 members of parliament, bureaucrats, lobbyists etc... decamp to Strasbourg for FOUR days. Of course, Strasbourg loves this gravy train arrangement because it brings lots of moola into the city (hotels double their rates). Members of parliament have voted to stop this nonsense but, the 28 EU member countries have to be unanimous in a vote and France won't agree as it likes having its hand in the pie. The estimated yearly cost of this monthly move to Strasbourg: $150 million. 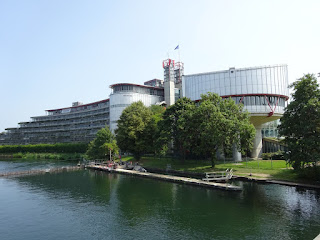 One of many EU buildings in Strasbourg. 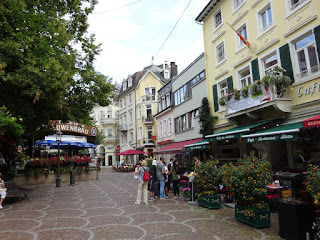 After Strasbourg I cycled to Baden-Baden, Germany, one of the grandest spa towns in Europe.  I've posted pictures before of the place before. 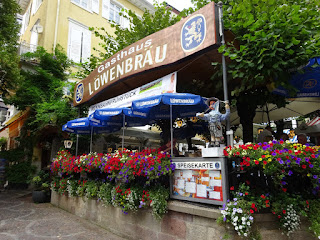 German's love their beer gardens and this one on Baden-Baden's main shopping street is very colorful. 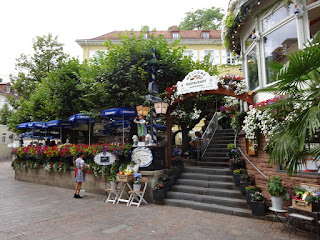 Another view of the beer garden.
Posted by Paul the biker at 12:52 AM No comments: