I’m in the Alsace region of France, an area roughly 3,000 square miles bordering Germany (about the size of Delaware). Over the years (and many wars) France and Germany have fought over this territory. In 1871 the land was part of Germany and in 1899 Emperor Wilhelm II (or Kaiser Wilhelm) wanted to, for loss of a better phrase, “mark his territory” so, Haut-Koenigsbourg Castle, which had been in ruins for several hundred years was rebuilt----not as an imperial residence but as a showpiece. Perched majestically atop a high hill (2,600 feet) the castle was carved into the rocks to preserve its strategic and defensive position.

This first photo shows the castle way off in the distance. It was taken eight miles away (using the zoom lens) in the town of Selestat. When you start to get closer to the castle you lose sight of it due to interference of hills and heavy forests blocking the view. 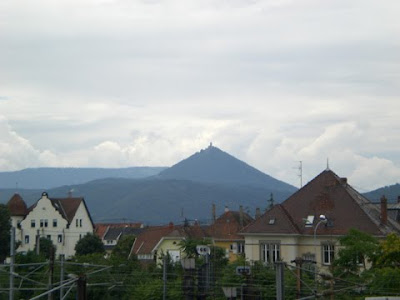 The castle is major tourist attraction receiving over 600,000 visitors a year. Matter of fact, when you get to the top there are no parking lots so, I passed people parking their cars alongside the road more than a mile down the hill. I count four French policeman stationed near the castle entrance roadway mostly to prevent French drivers from blocking the road with their usual double and triple parking. 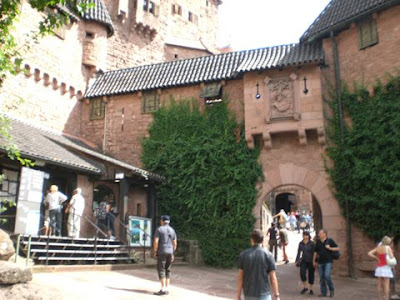 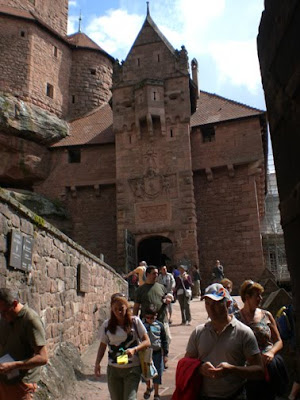 The pink sandstone gives the castle its unique look. 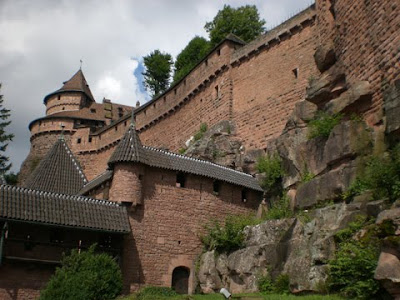 It took eight years to rebuild the castle (1900-1908) with the latest technology being used including building a railway line up the hill to ferry supplies (taken apart when the castle was completed). 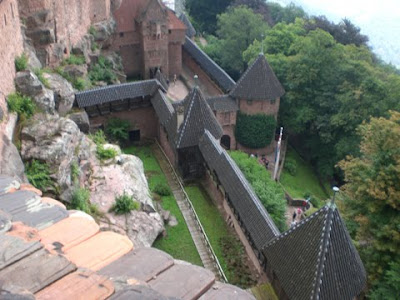 Built on a rocky spur on the hilltop, you have views of several different valley floors. As you can see it's a cloudy day. A half hour after snapping this photo it started raining. 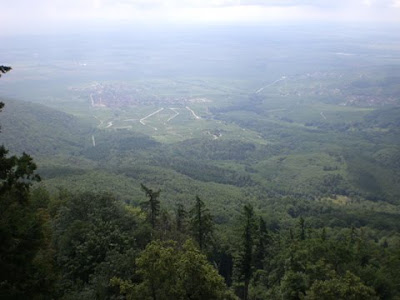 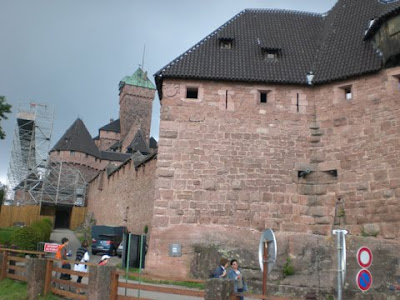 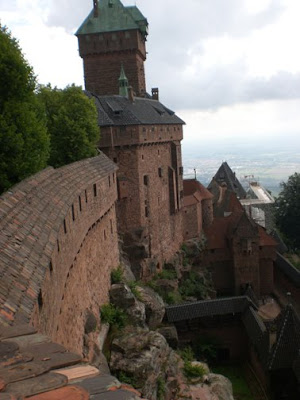 Cycling down to the vally floor you pass through several stunningly beautiful villages with their half-timbered homes and colorful flowers. 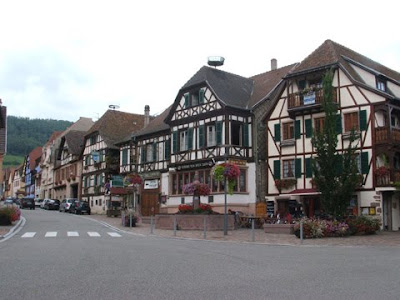