With 2.2 million people residing in its metropolitan area, Stockholm ranks as the largest city in Scandinavia. You are never too far from water in Stockholm. It's my first time coming across a lighthouse housed on a boat. The Finngrundet was built in 1903 and until 1969 lay anchored at the Finngrundet banks in the Bothnian Sea warning ships of potential danger. The Finngrundet had a crew of eight and I'd have surely gone bonkers being stuck on the stationary ship for an extended period of time! 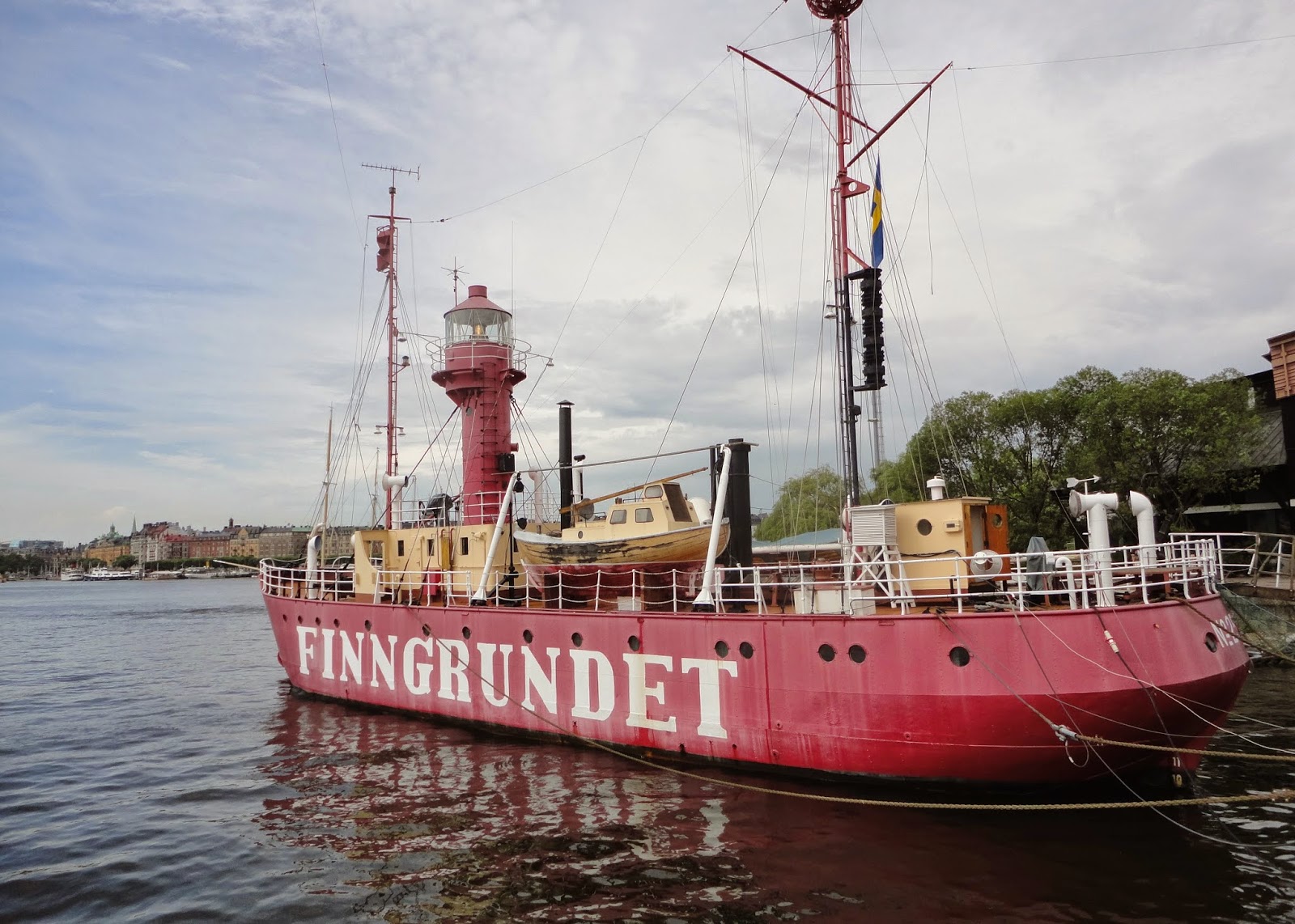 You think the British go overboard with their worship of royalty? This is Sweden's Royal Palace. With 1,430 rooms it's one of the largest in the world--though only 660 of the rooms have windows. 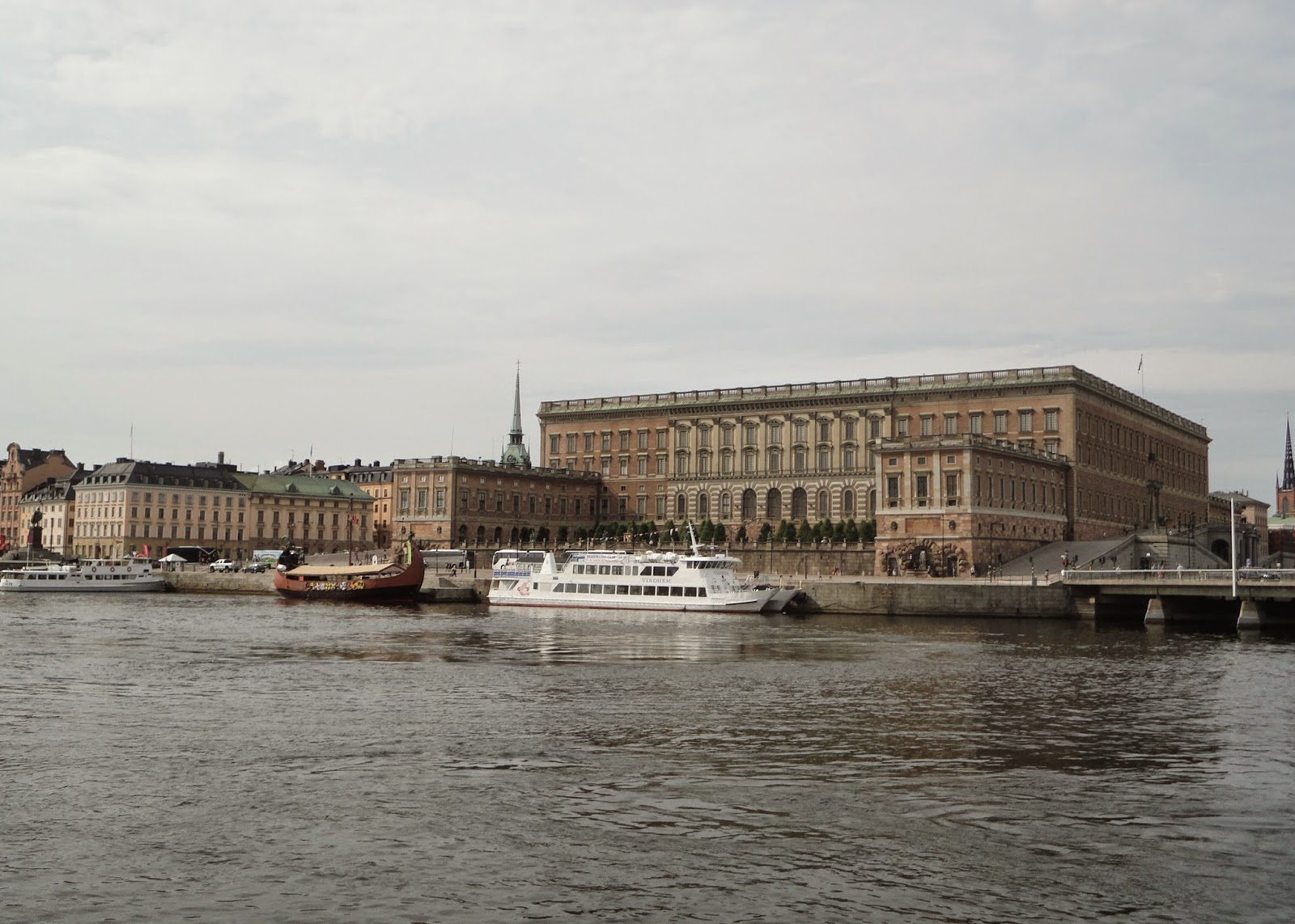 Sweden's king only uses this place for state events, business affairs etc..... There's the changing of the guard and all the other events for tourists. I was reprimanded by a guard for cycling in the square. The king doesn't reside here but, hightails it out to the suburbs at the equally palatial Drottningholm Palace. 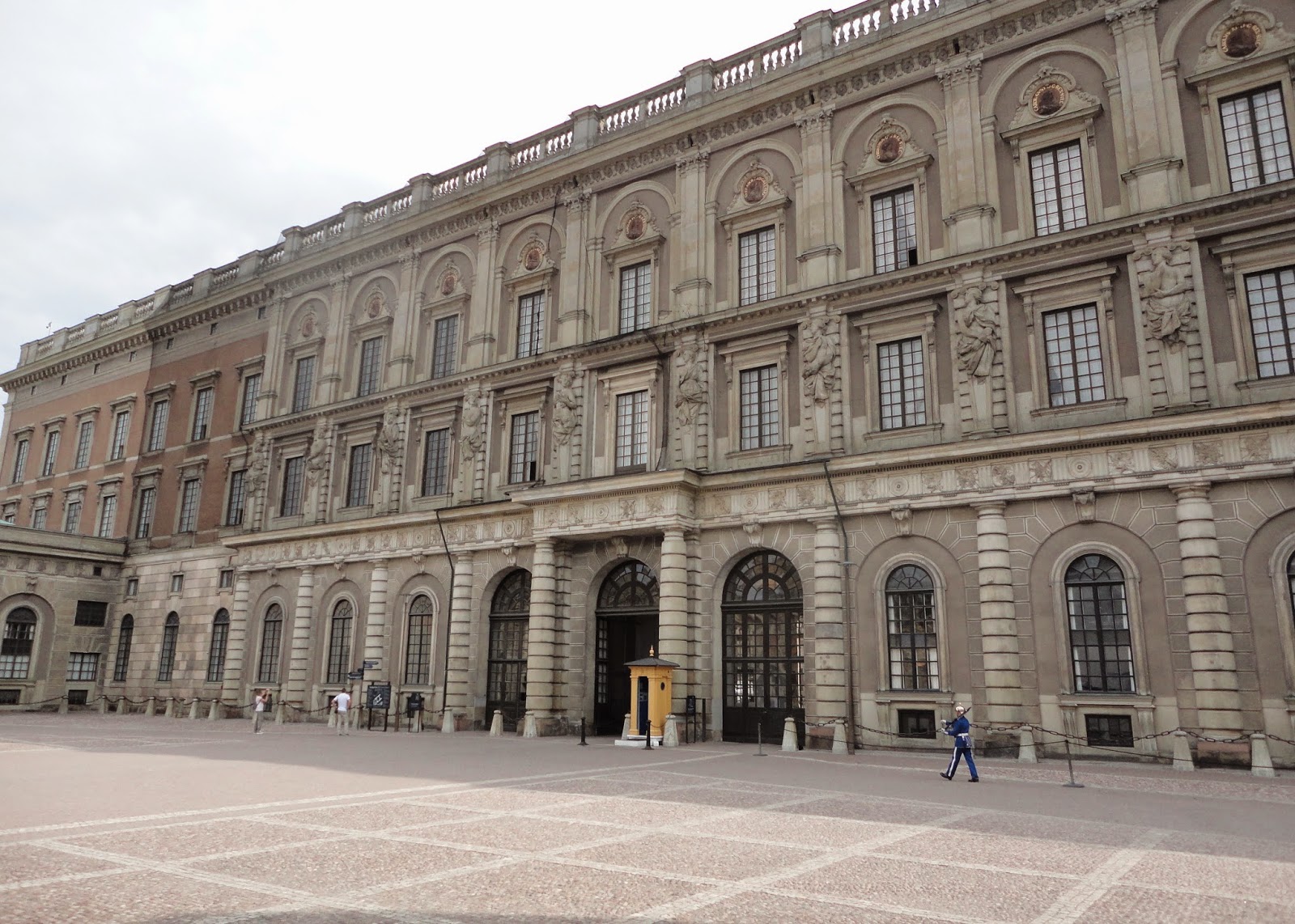 The view from a garden area near the Royal Palace. 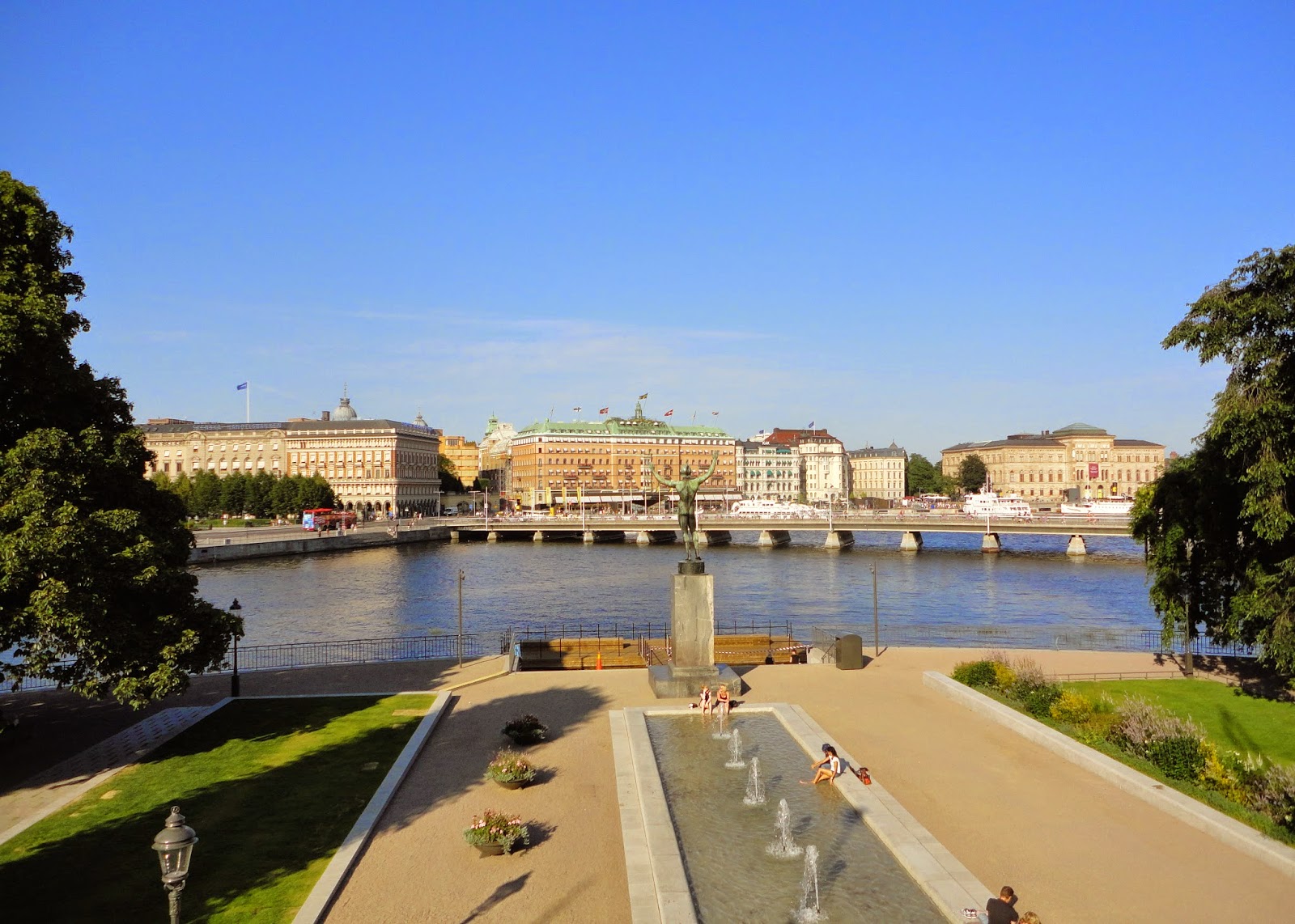 Stockholm's old town area is home to the Nobel Museum. This is where the Swedish Academy gets together and doles out Nobel Peace Prizes. No wheeling and dealing is done here---even though it was home to Sweden's stock exchange 1773-1778. 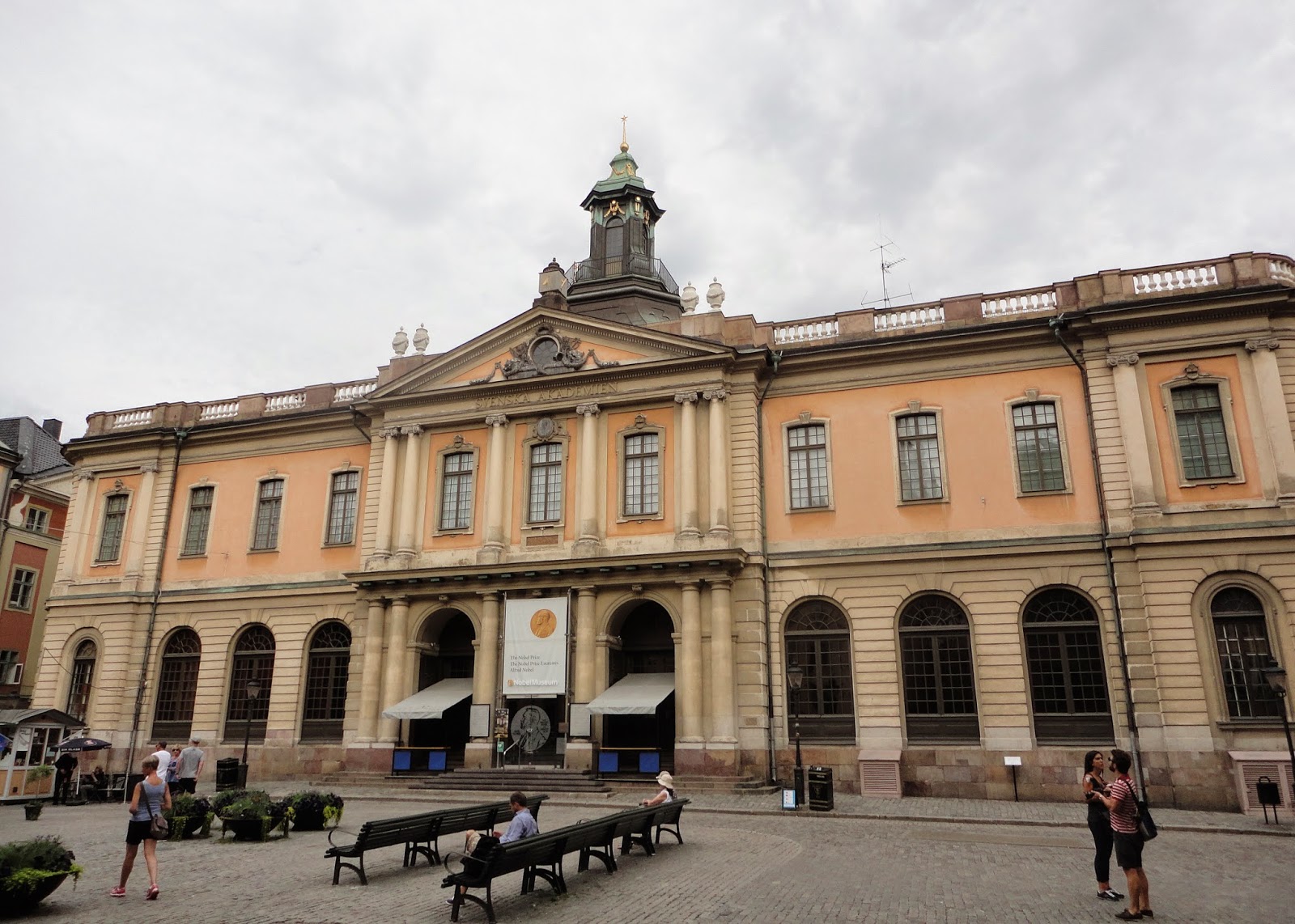 Stockholm's old town area is over-rated. This is the only square worth photographing. 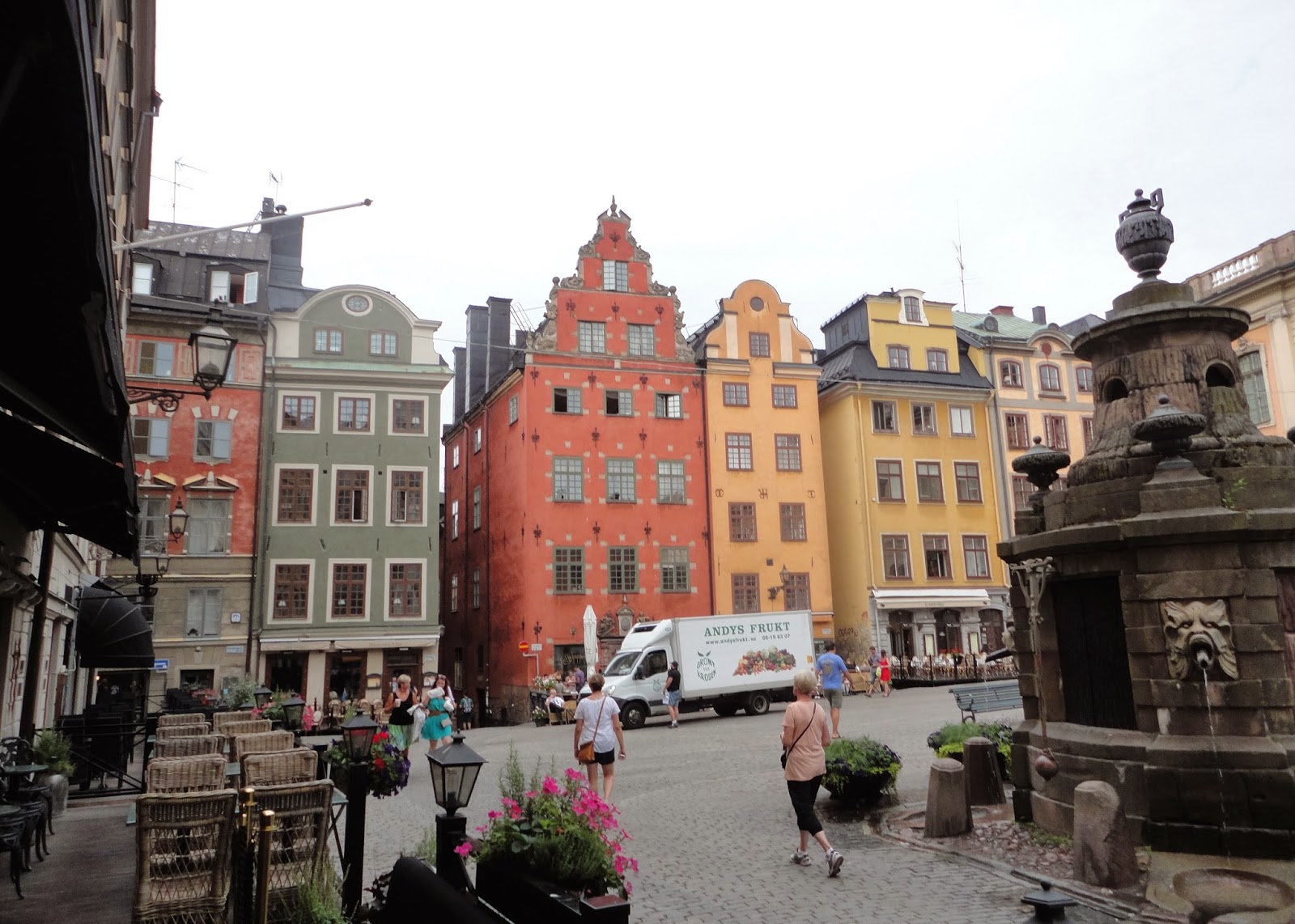 I like visiting royal palaces and Ulriksdal Palace dates back to 1643. Located five miles north of Stockholm and set in the midst of a forest. Used as a summer getaway it's now a museum. 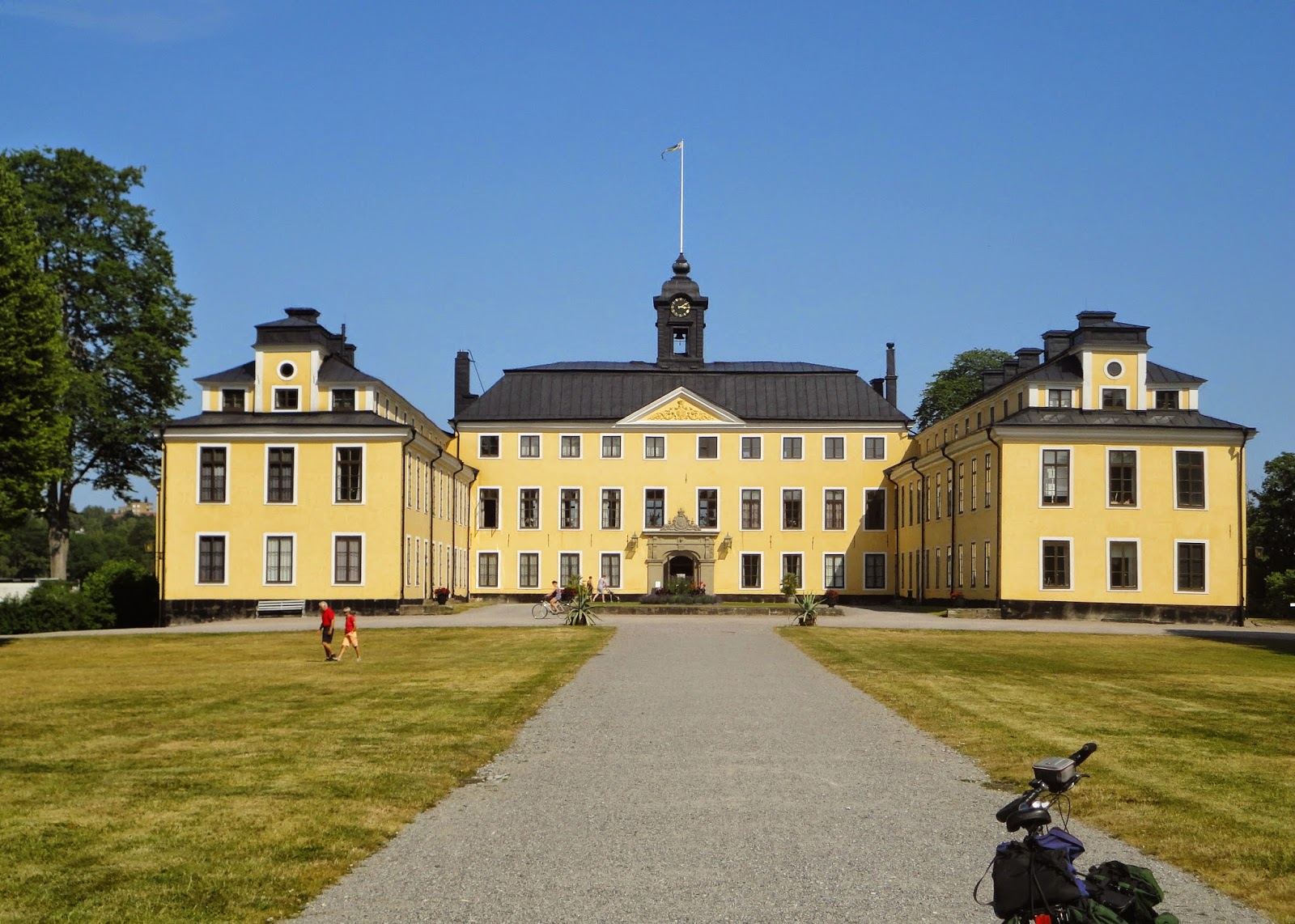 This is a backside view of Ulriksdal Palace. Only 40 steps out the door and the royals could skinny dip in the lake. 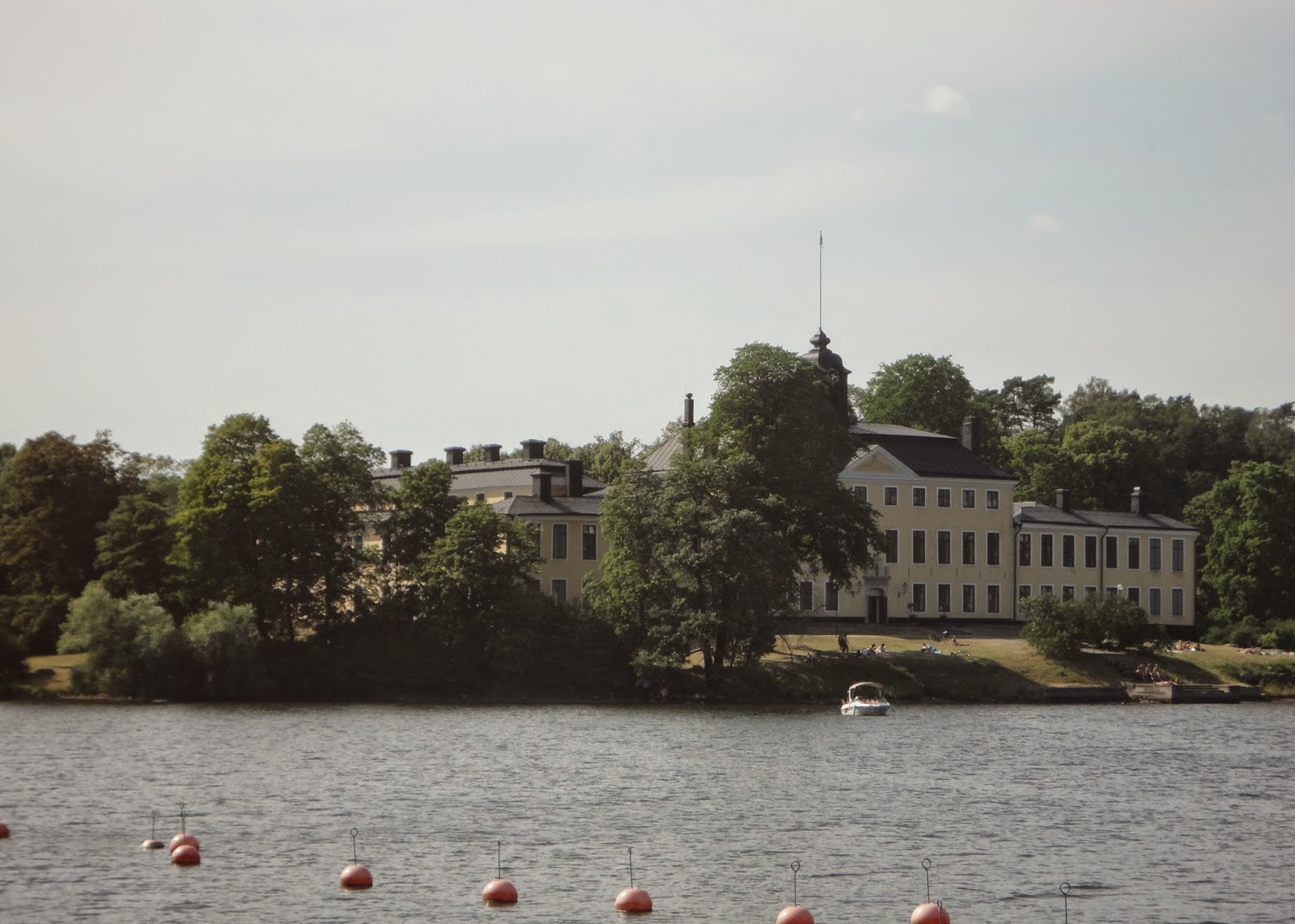 With temperatures in the low 90's spending the day cruising around in a boat is very popular. 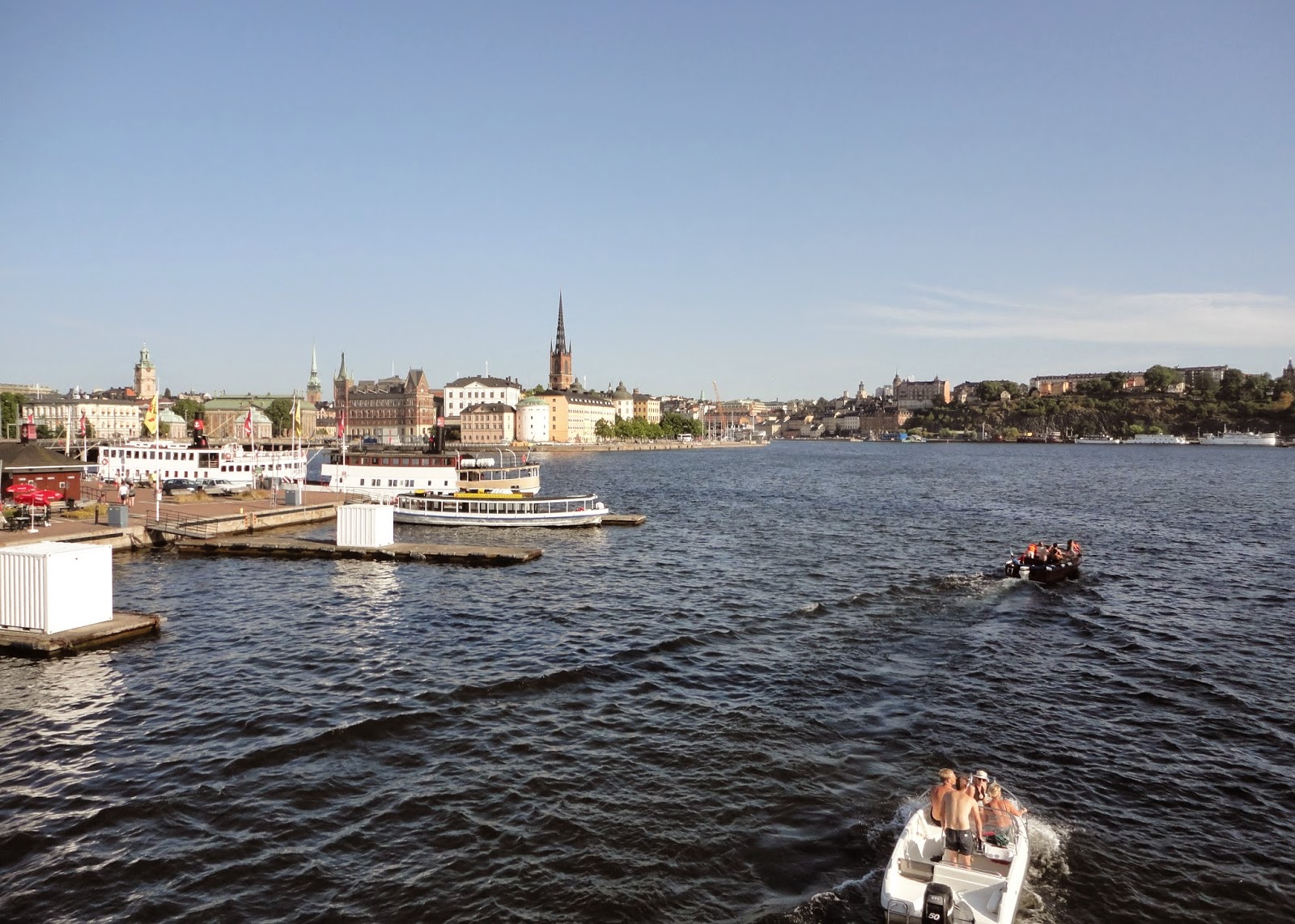 A waterfront amusement park near downtown. 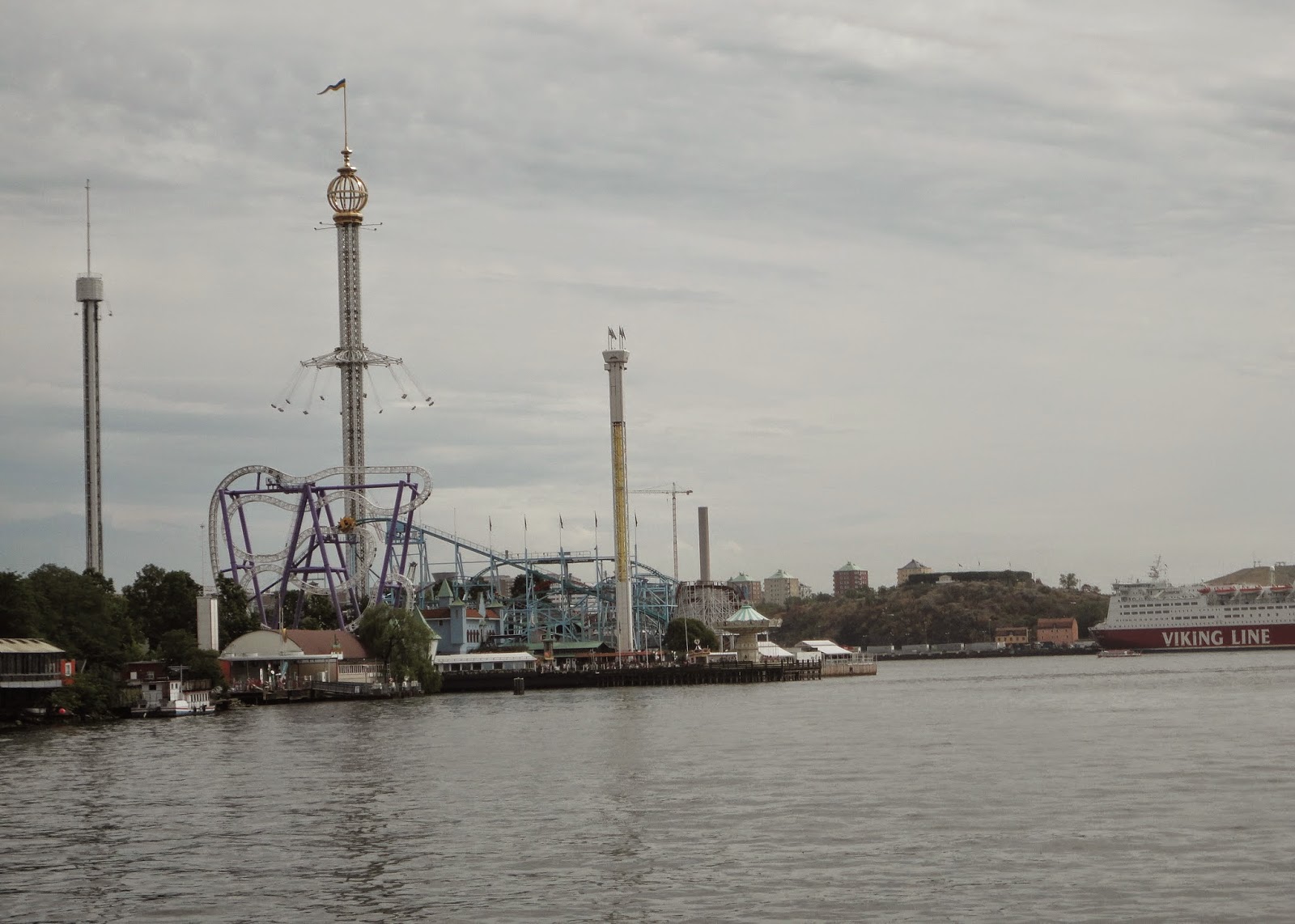 Rosendal Palace dates from 1823 and sits in a park less than five miles from the Royal Palace.  Now a museum---was used as a summer residence. 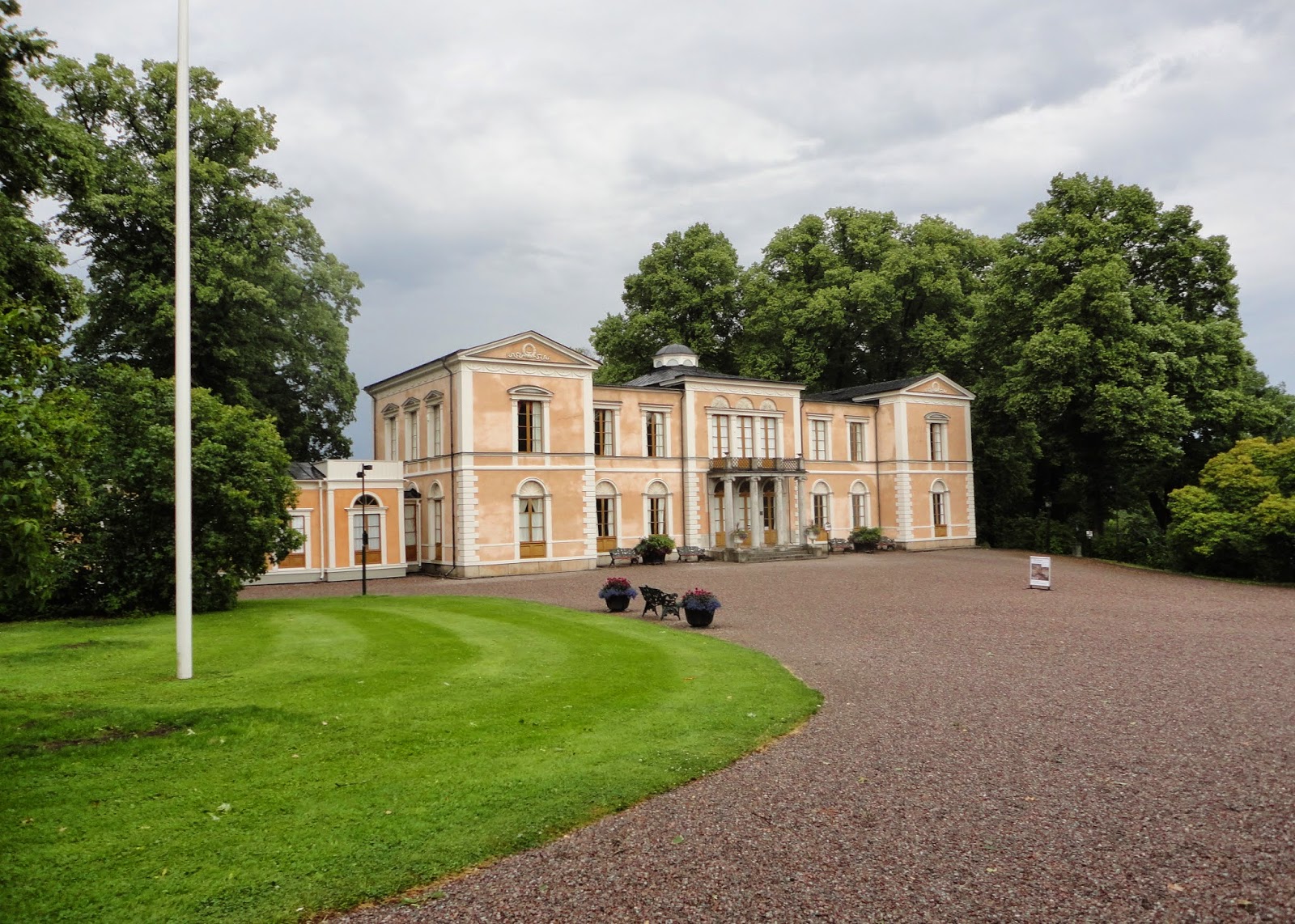 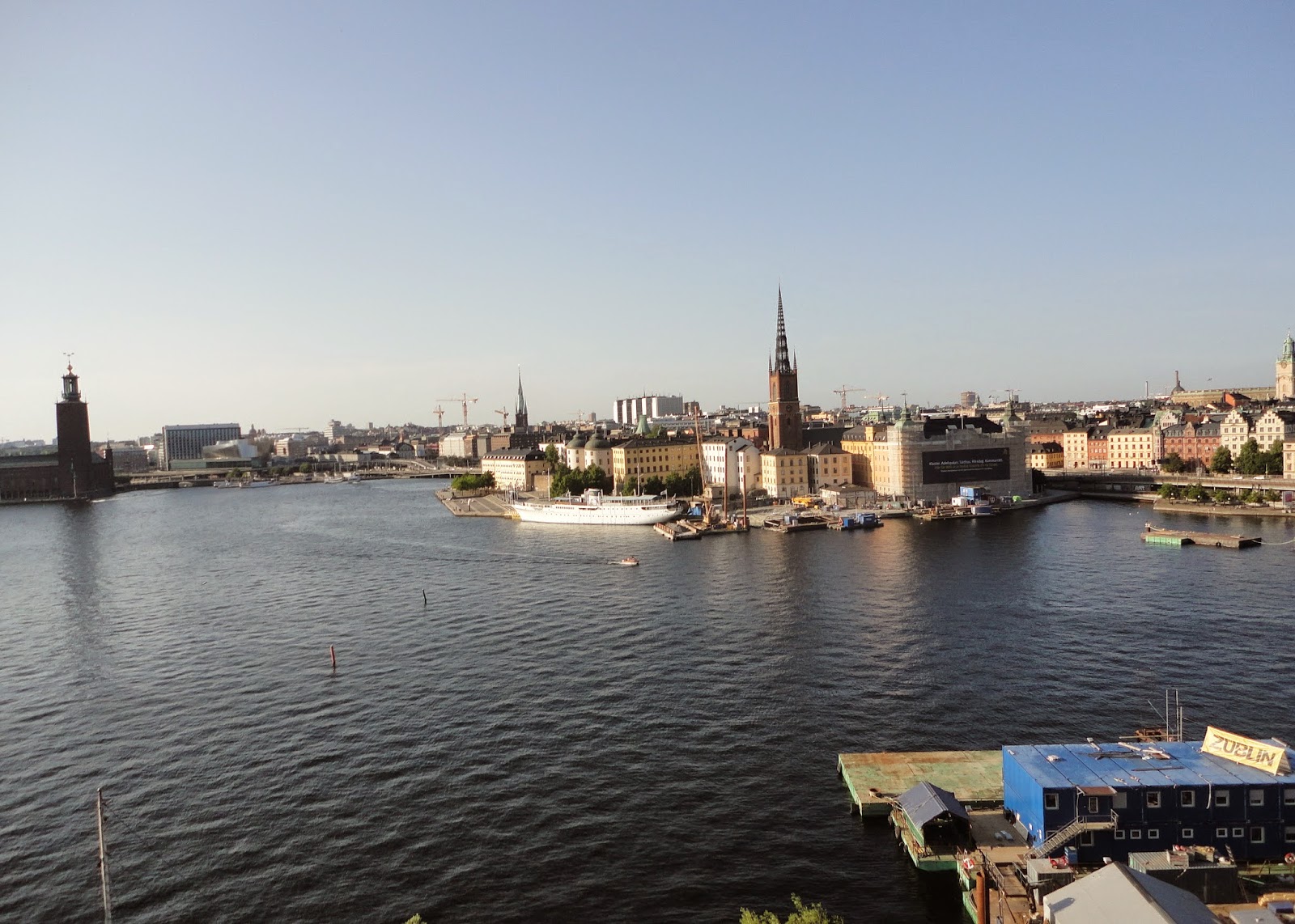 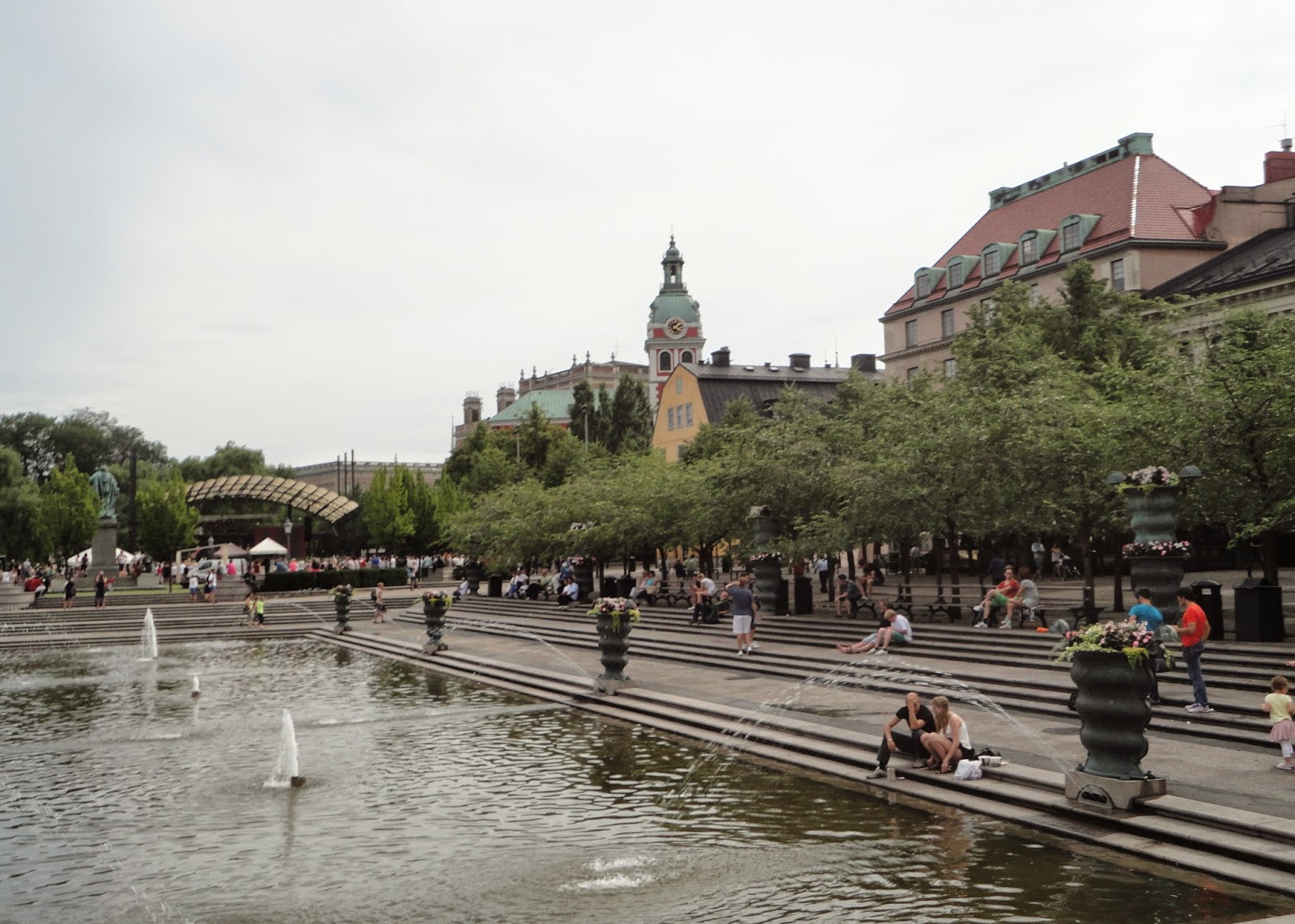 Posted by Paul the biker at 1:37 AM No comments: