The movie, "It's a Mad, Mad, Mad, Mad World" makes my list of top ten all-time favorite comedies. Released in 1963 I saw it again several weeks ago and it still had me laughing. Lots of movie and television stars in this classic including Spencer Tracey. The beginning of the movie was filmed in the mountains above Palm Desert and involves multiple cars and a truck barreling down the zig-zagging mountain road. The first two photos give you a glimpse of the way down. 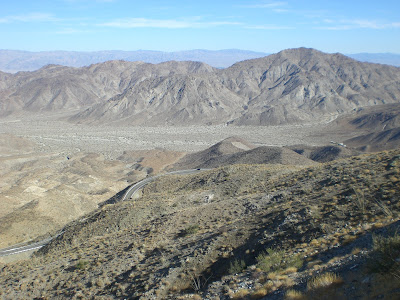 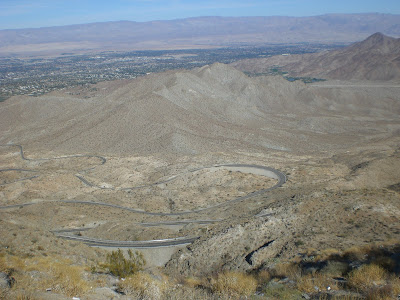 By now you know I have a "thing" for macarons. NOT the American kind but the French treat. I gave the French Corner bakery in Palm Desert a try three years ago but dumped the place as the pastries were inconsistent with freshness being an issue. This year the macarons are fantastic! What gives? Turns out two years ago Aimeric Davey joined owner Marc Davey (his brother) as the pastry chef and what a difference! Aimeric has quite the background--having trained with famous French pastry chef Pierre Herme in Paris. The macarons get the double two thumbs up!!! 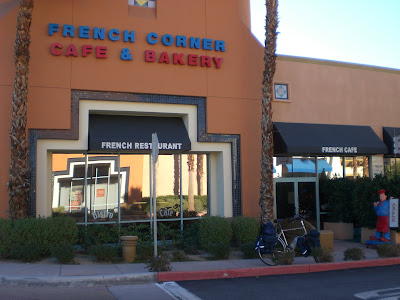 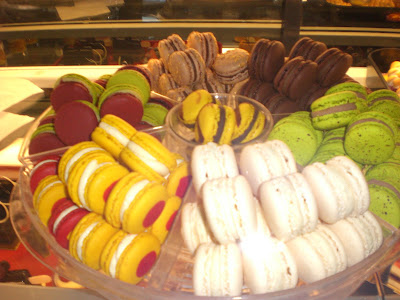 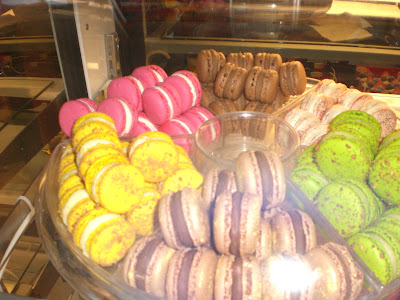 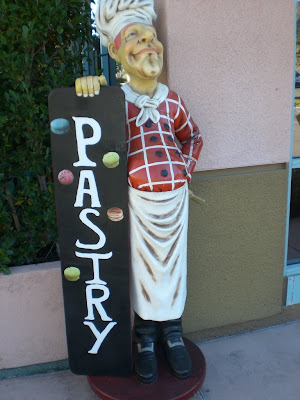 Though it's the desert and the dead of winter, over 100 lush golf courses dot this valley floor. 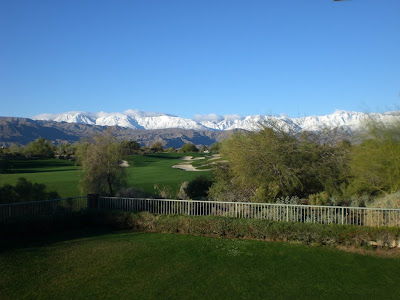 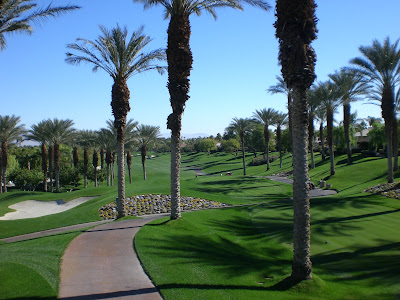 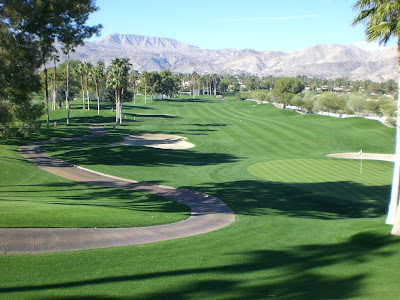 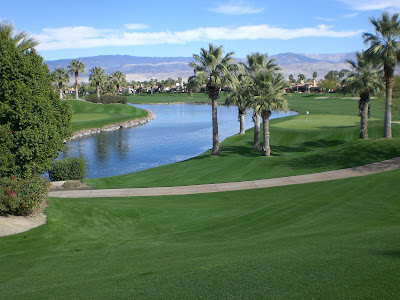 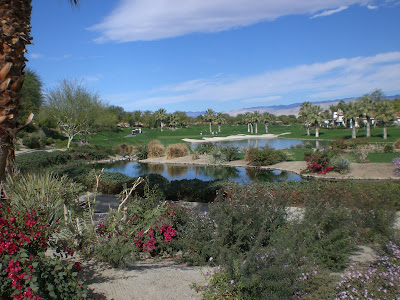 Maybe twice a year there's measureable rain here. The river beds sit empty for years at a time. But, every few winters a big storm brings cascading waters down from the mountains and those dusty dry river beds become highways for rampaging waters. 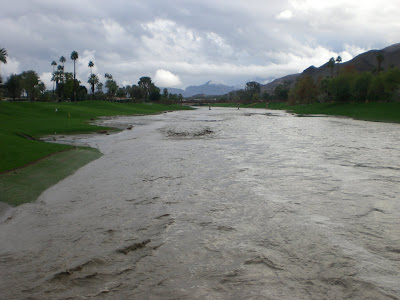 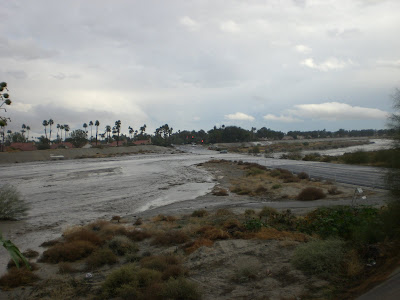