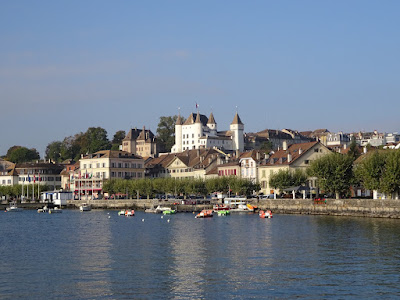 Nyon (population 21,000) lies about a dozen miles from Geneva and fronts the shore of Lake Geneva. That's Nyon Castle up on the hill. 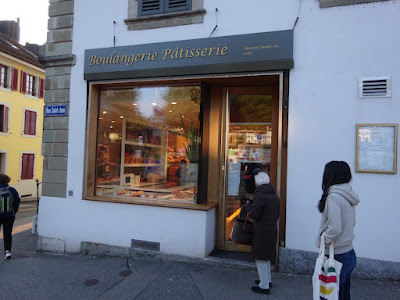 Remember my last blog from Geneva where I crossed the border into France to visit one of my favorite patisseries (Sebastien Brocard)? Well, I found out he opened an outpost here in downtown Nyon. It's Sunday morning and to my big disappointment the store is closed! Jeez, I'm such an idiot, I assumed this store would be open on Sundays just like the one in France. Pickings are slim so I catch a couple pastries from this place. 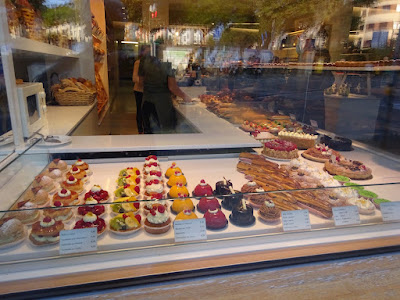 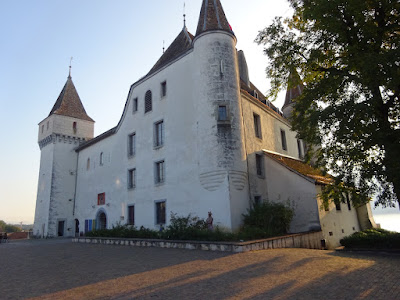 This is the front of Nyon Castle. It dates back to the 1200's. The town has owned the castle since 1804 and currently houses a museum as well as municipal offices. 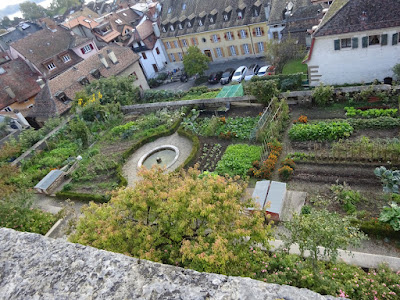 View from the castle wall looking down to garden area which in the old days would have been a formal garden. 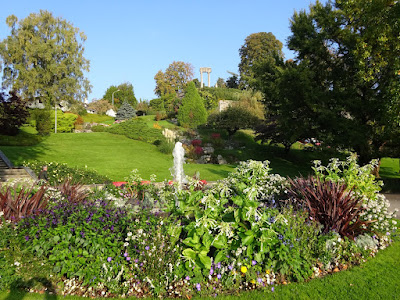 This is a view from the lakefront looking up toward the castle. At the top you can see the remains of a structure from Roman times. 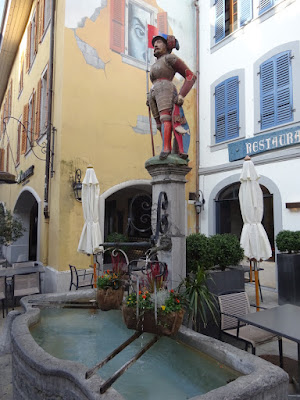 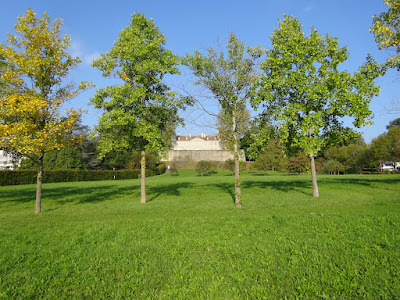 From the road near the lake one can see there's something impressive up on the hill. 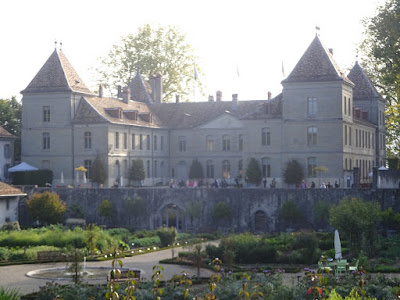 This is Prangins Castle. There has been a castle on this site since 1096 but, this current structure dates to 1732.  From 1929-1962 it was owned by Katherine McCormick, an American and heir to the International Harvester fortune. A one point the US government owned the property and was to be used to house the UN Ambassador to the United Nations in Geneva. 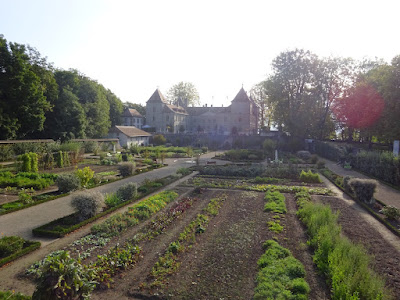 No formal gardens here as produce is now being grown. In 1974 the Swiss government was given the castle and it's now a Swiss National Museum. 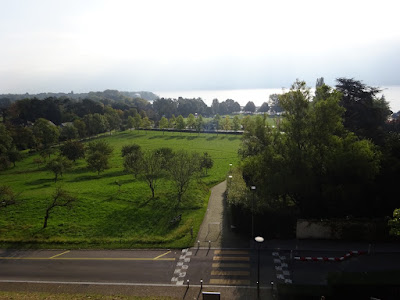 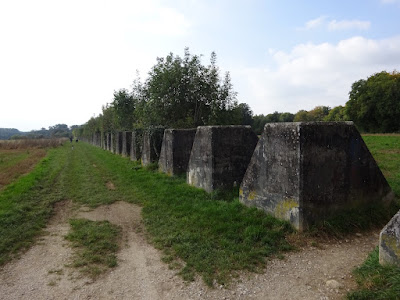 On the outskirts of Prangins stands the Toblerone line. Though Switzerland was neutral during World War II it didn't trust the Germans. Each of these concrete blocks weighs nine tons and were to stop the advancement of tanks. Normally you find these near the border but, this six mile long line (over 2,700 blocks!) was put here to protect the main road running from Geneva to Bern.

Other countries used these and were known as Dragon's Teeth. In Switzerland they took on a different name as they look remarkably like their famous Toblerone chocolate bar. It's now a hiking trail that starts at the Lake Geneva lakefront and ends near the base of the Jura mountains. 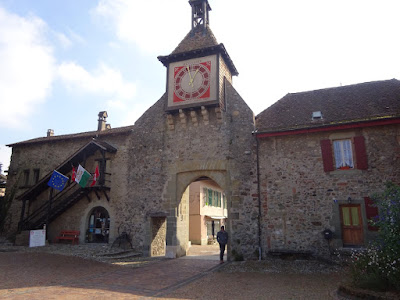 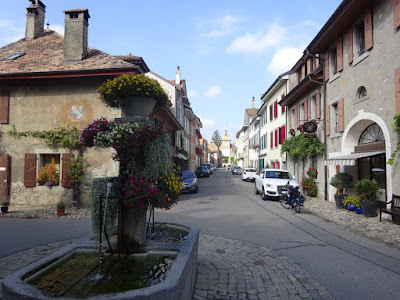 View of main street in St. Prex's old town.
Posted by Paul the biker at 1:12 AM